After the race, Sauvage is now the centre of a different pack 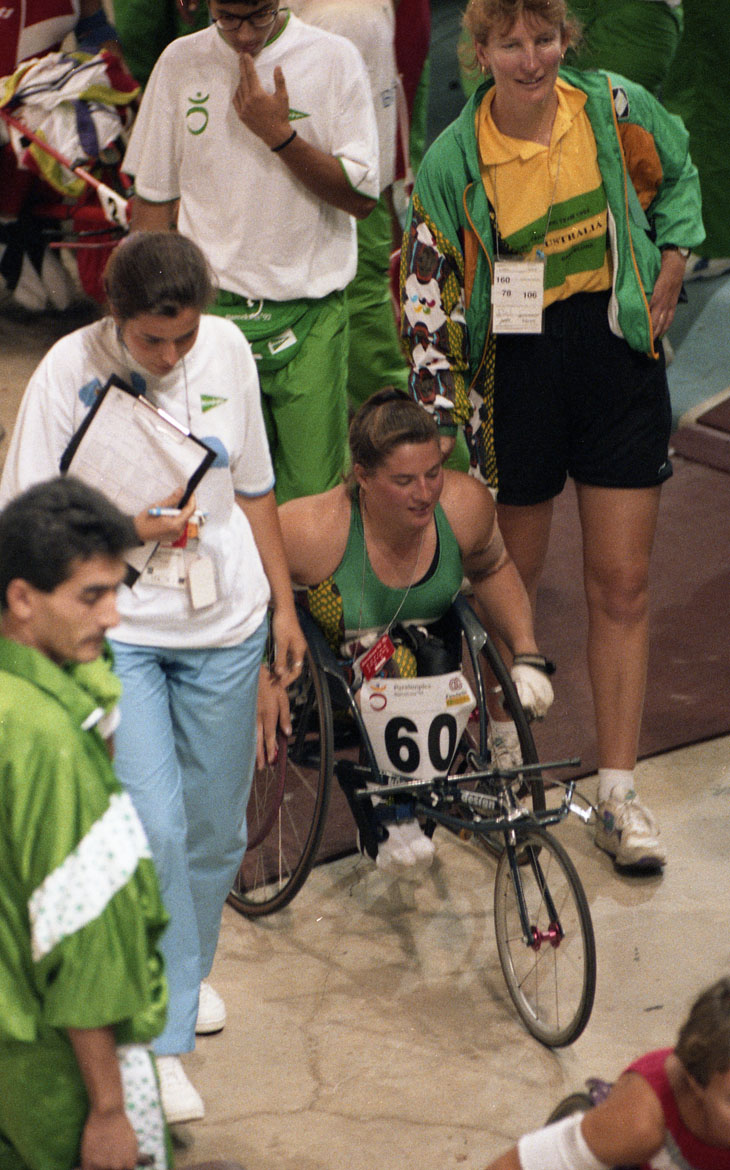 Australian athlete Louise Sauvage with her coach Jenni Banks (top right) at the Barcelona 1992 Paralympic Games. In Barcelona, Australia’s coaches were still appointed as ‘escorts’. Banks was one of the first ‘professional’ wheelchair racing coaches in the world. Sauvage became a standard bearer for Paralympic sport in Australia with her performances in Barcelona, her first. She won gold medals in each of the wheelchair sprint distances, 100m, 200m and 400m and silver in the 800m.