GALLERY: The opening ceremony celebrated Australia and its culture. 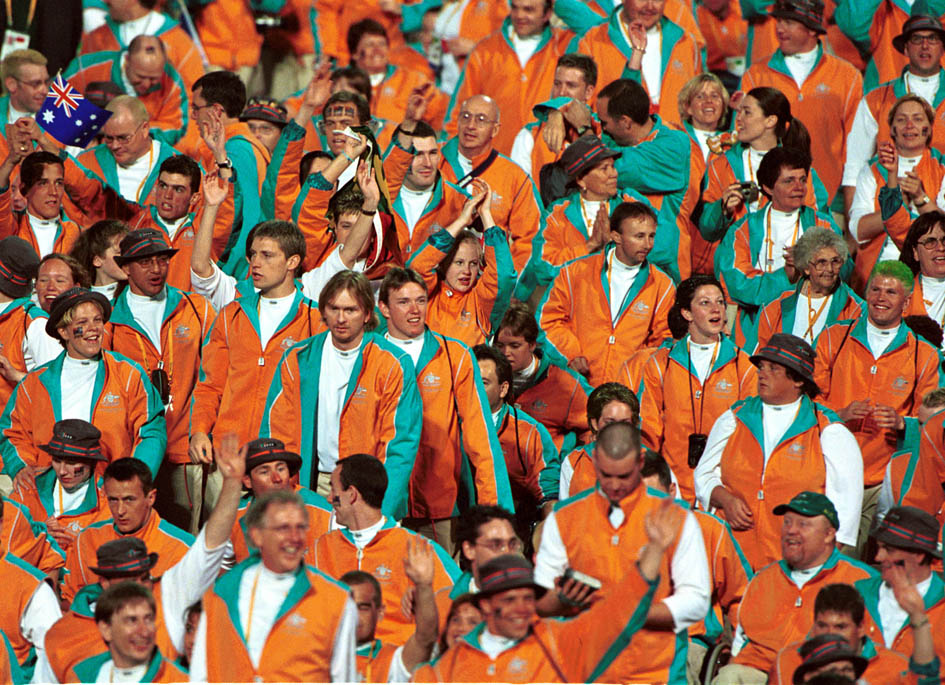 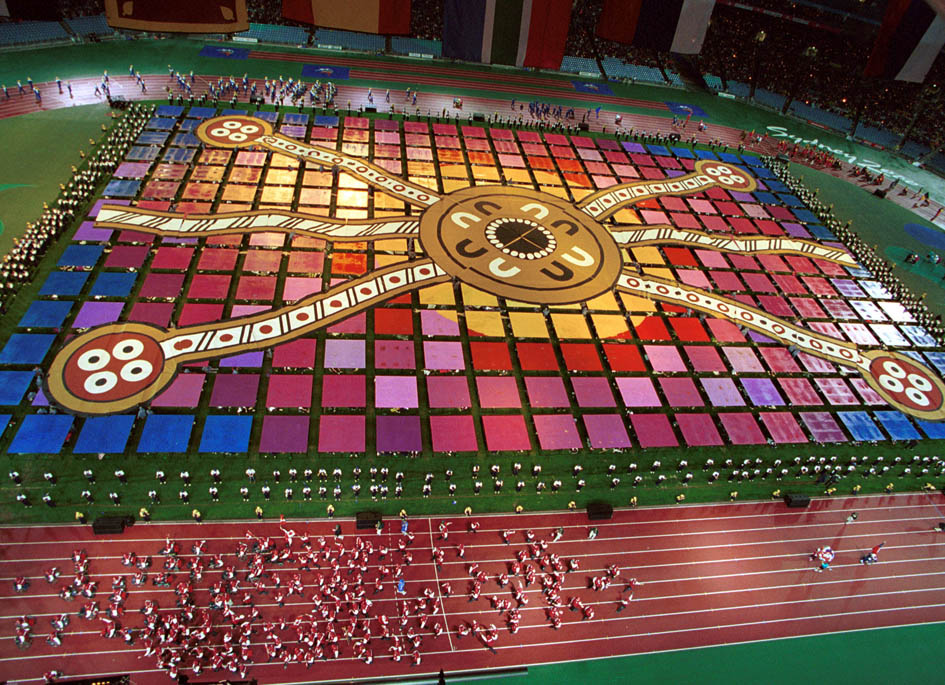 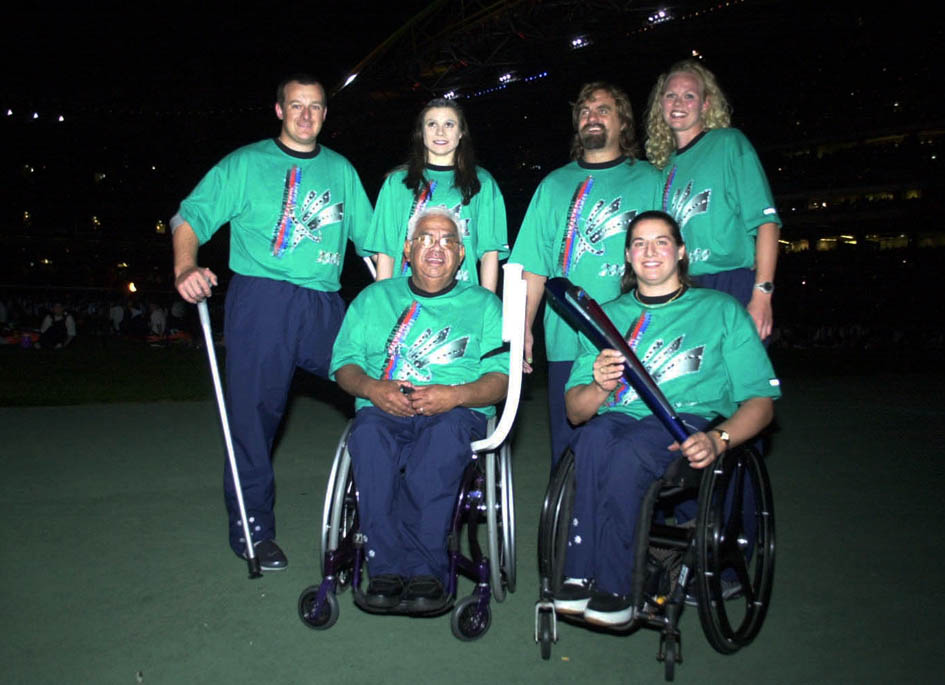 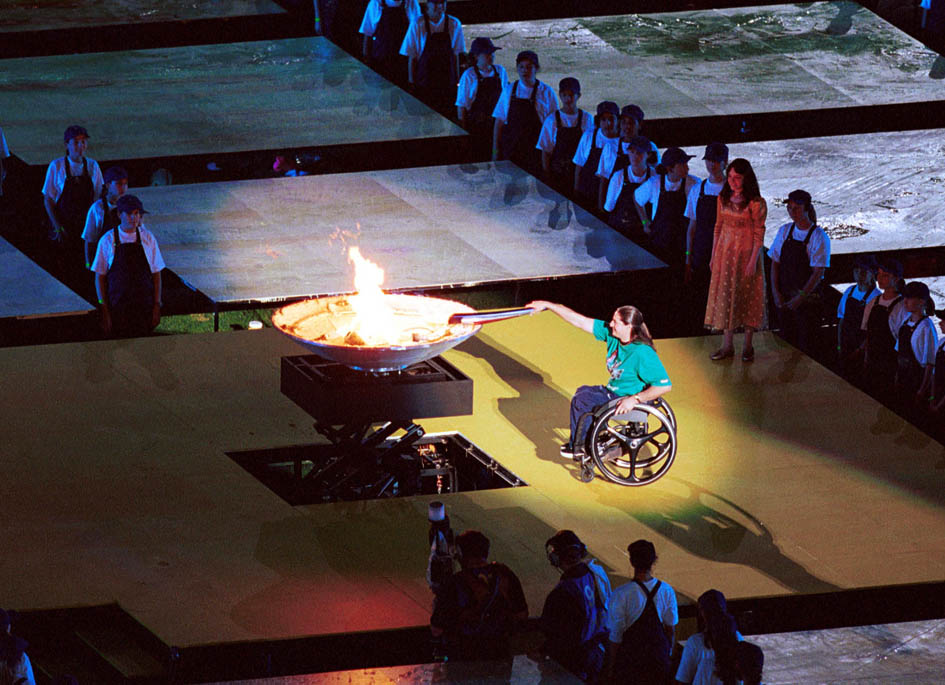 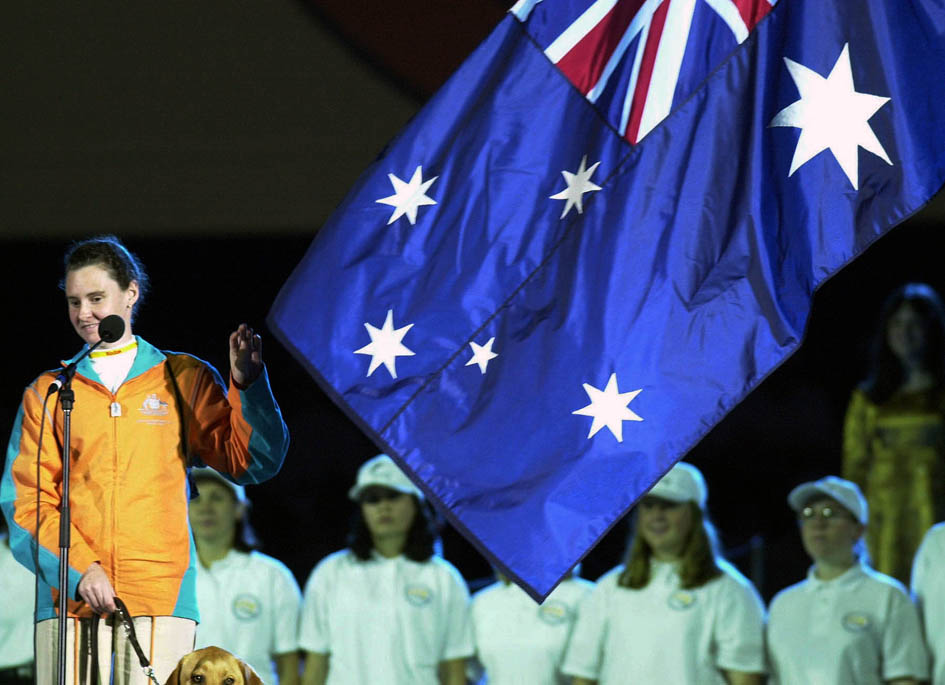 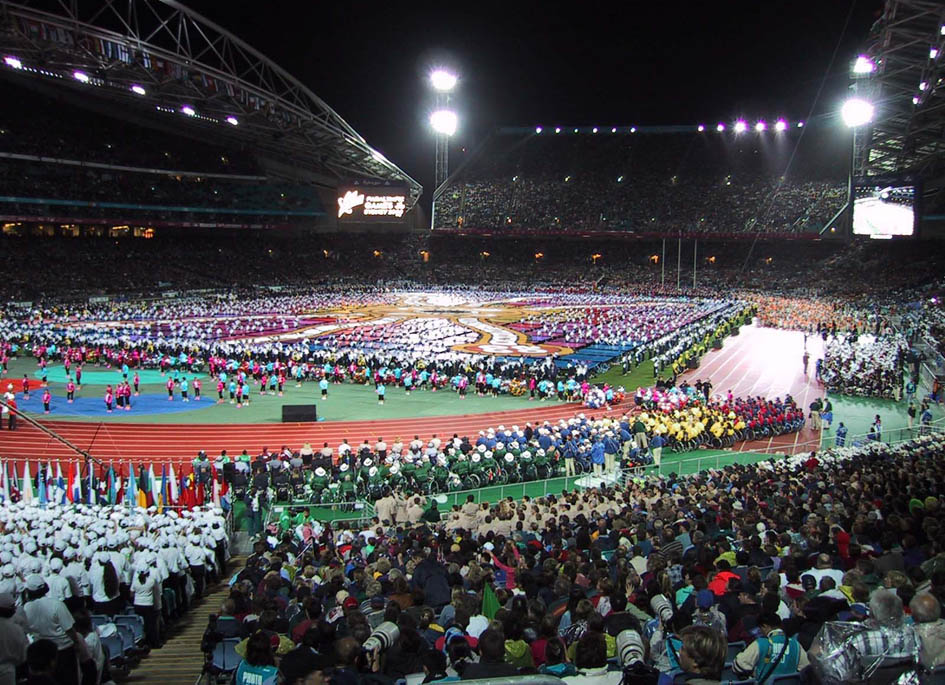 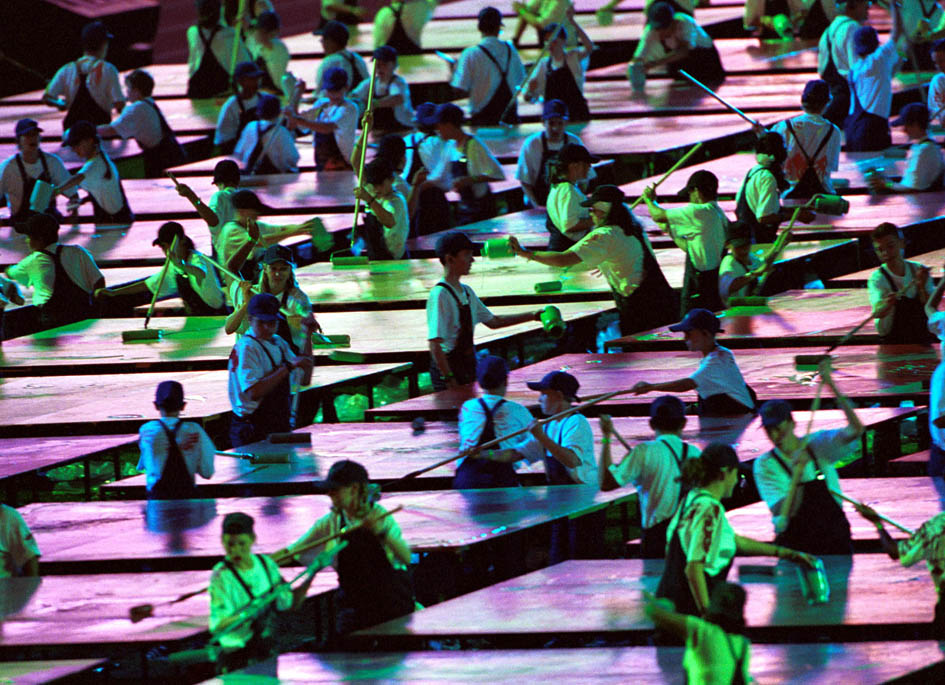 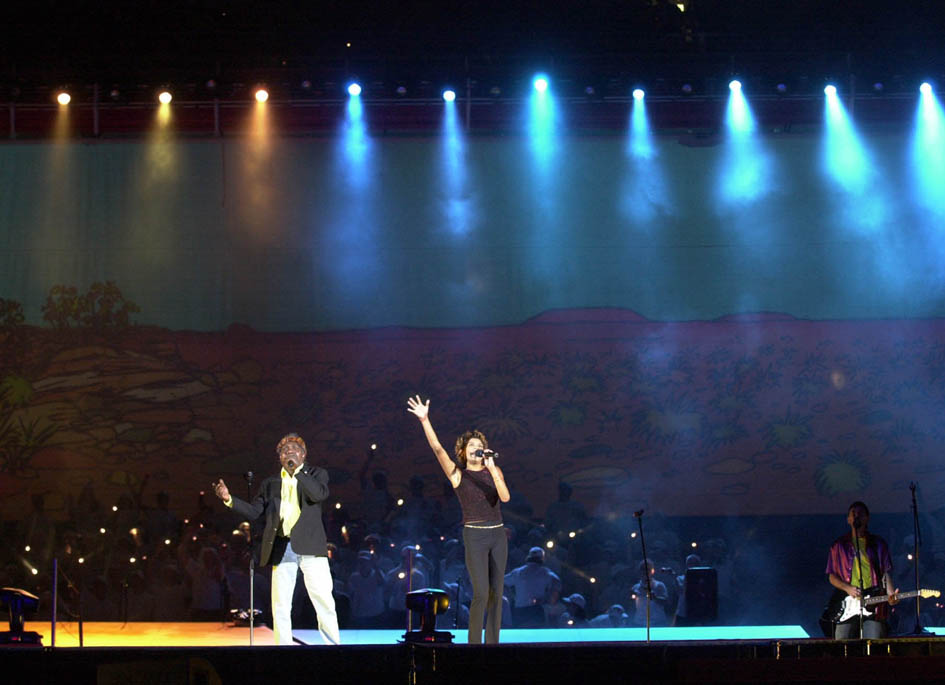 Flag bearer Brendan Burkett and Chef de Mission Paul Bird led the Australian team into the stadium, cheered on by a crowd of 110,000 and a TV audience in the millions. The cauldron was lit by Louise Sauvage, after the torch was carried on its final leg around the stadium by athletes representing each Paralympic impairment category – winter great Michael Milton, first Indigenous Paralympian Kevin Coombs, and three who would compete in Sydney – Katrina Webb, Lisa Llorens and Anthony Clarke. Vision impaired swimmer Tracey Cross read the athletes’ oath, before the Games were opened by the Governor-General of Australia, Sir William Deane. 6,000 volunteers participated in the ceremony, including thousands of children, many repainting panels on the ground to create a changing tableau. Then followed a concert, featuring Australian artists such as Kylie Minogue and Yothu Yindi. It was an emotional and upbeat ceremony of celebration, created by Karen Richards.