Appreciation from the PM 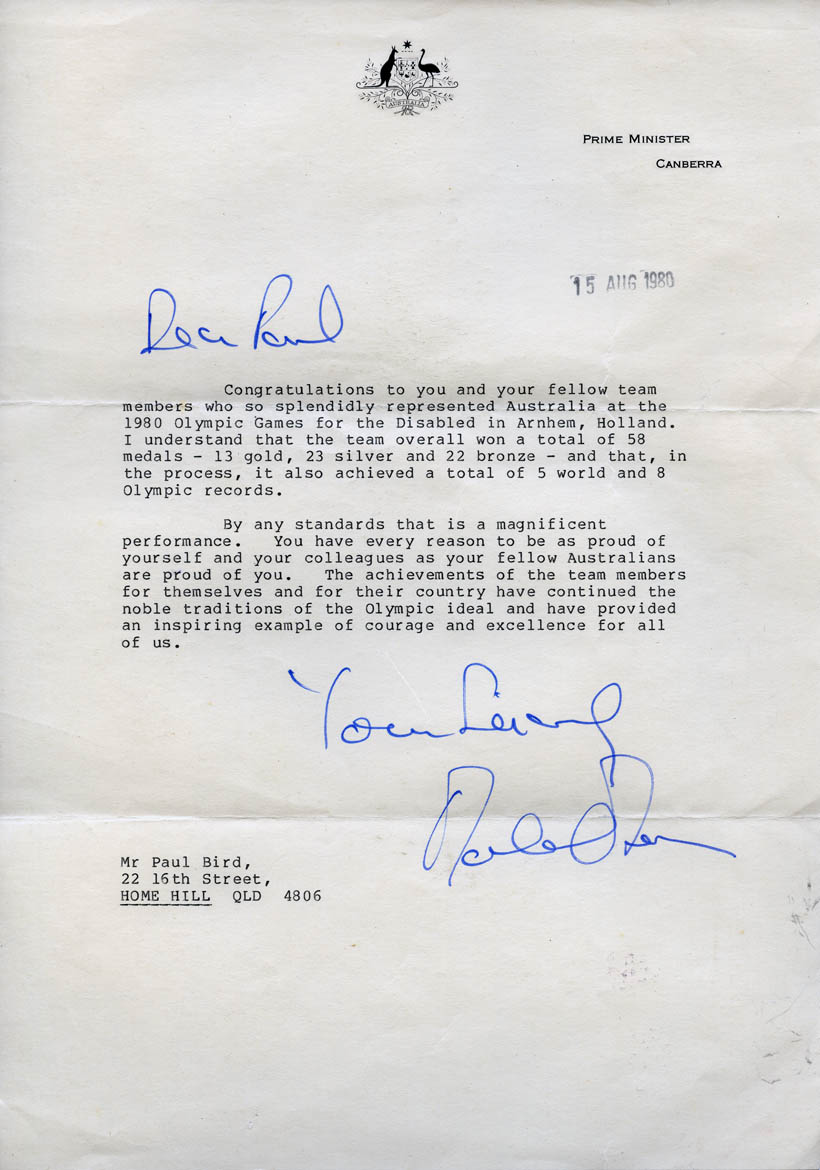 At a time when the “other” Australian Olympic team wasn’t too popular in government circles, every member of the Australian team to the 1980 summer Paralympics received a letter of appreciation from the Australian Prime Minister, Malcolm Fraser. Fraser had strongly lobbied the Australian Olympic Committee, the national sporting organisations and individual athletes to boycott the 1980 Olympic Games in Moscow as part of wider action against the Soviet union for its invasion of Afghanistan. Because Moscow had declined to host the Paralympics, there was no reluctance on the part of the government to recognise the achievements of Australia’s Paralympians.

Author: Image donated to Paralympics Australia from the personal collection of Paul Bird.