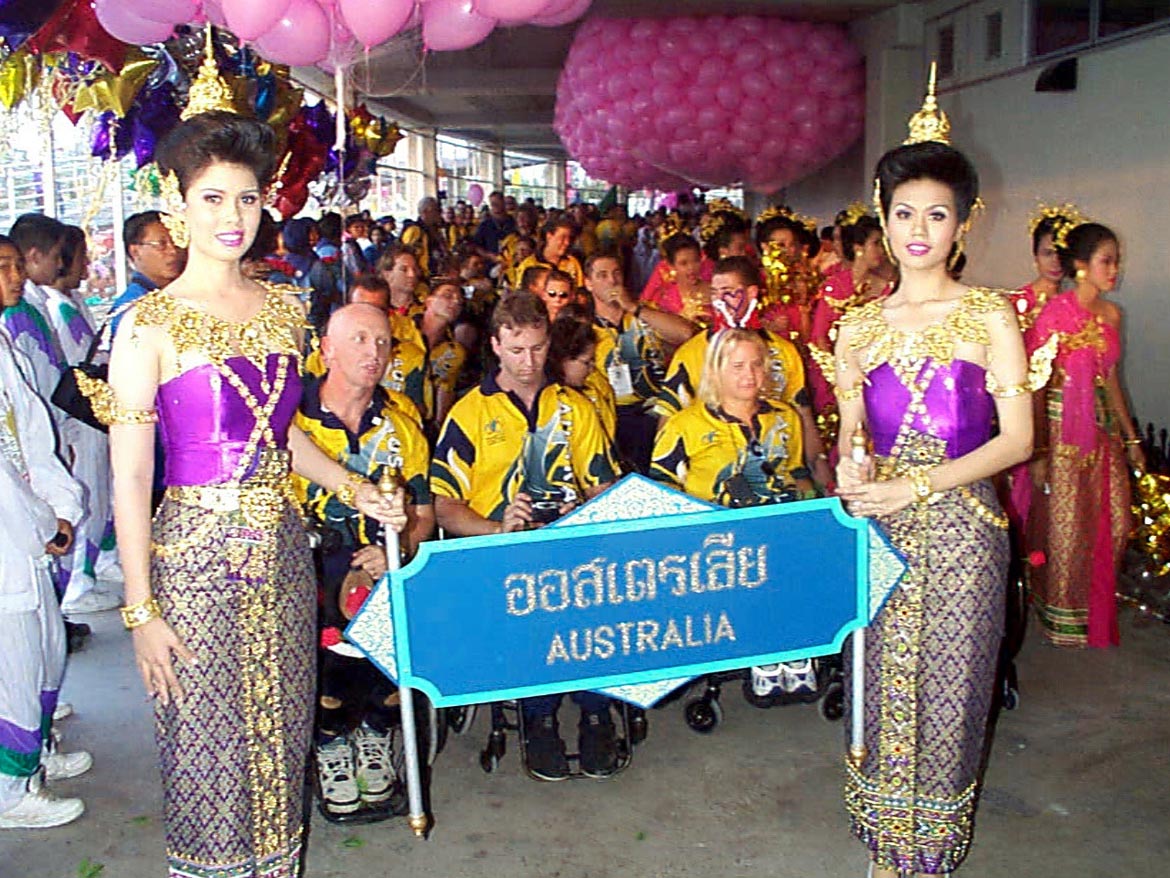 The 7th FESPIC Games, in Bangkok, Thailand, was the first to be sanctioned by the International Paralympic Committee, itself created in 1989, the year of the 5th FESPIC Games.

According to the scheduled four year FESPIC cycle, the Games should have been held in 1998. However, Bangkok hosted the Asian Games in December 1998, which was the cooler season in Thailand. The FESPIC Games were scheduled to be held after the Asian Games, so the date was pushed back to early 1999, with the Games taking place from 10-16 January.

Bangkok was the first city to host the Asian and FESPIC Games in the same year. The aim was to follow the Olympic/Paralympic model, whereby the able-bodied and para events would follow each other in the same city in the same year. While this model was repeated in Busan in 2002, the different geographical membership of the Asian Games and FESPIC made it problematic and in 2006 the events again separated.

The 1999 FESPIC Games had the slogan “Equality in one world” and the logo was a graphic design of a person surging forward on a speeding wheelchair under a traditional Thai gable. The mascot was a female Siamese cat in a wheelchair, bearing a flaming torch, with its tail shaped like the figure 7, because it was the seventh FESPIC Games.

The Games represented the largest ever showcase in Thailand for people with disabiliities. A record 2,258 athletes, from 34 countries, participated in the Games in 15 sports – archery, athletics, badminton, football, goalball, judo, shooting, swimming, table tennis, boccia, powerlifting, volleyball, wheelchair basketball, wheelchair fencing and wheelchair tennis. There were also demonstration events for athletes with an intellectual disability, a first for the FESPIC Games.

List of the members of the 1999 Australian FESPIC Games Team