When smoking cigars on the plane was part of the experience. 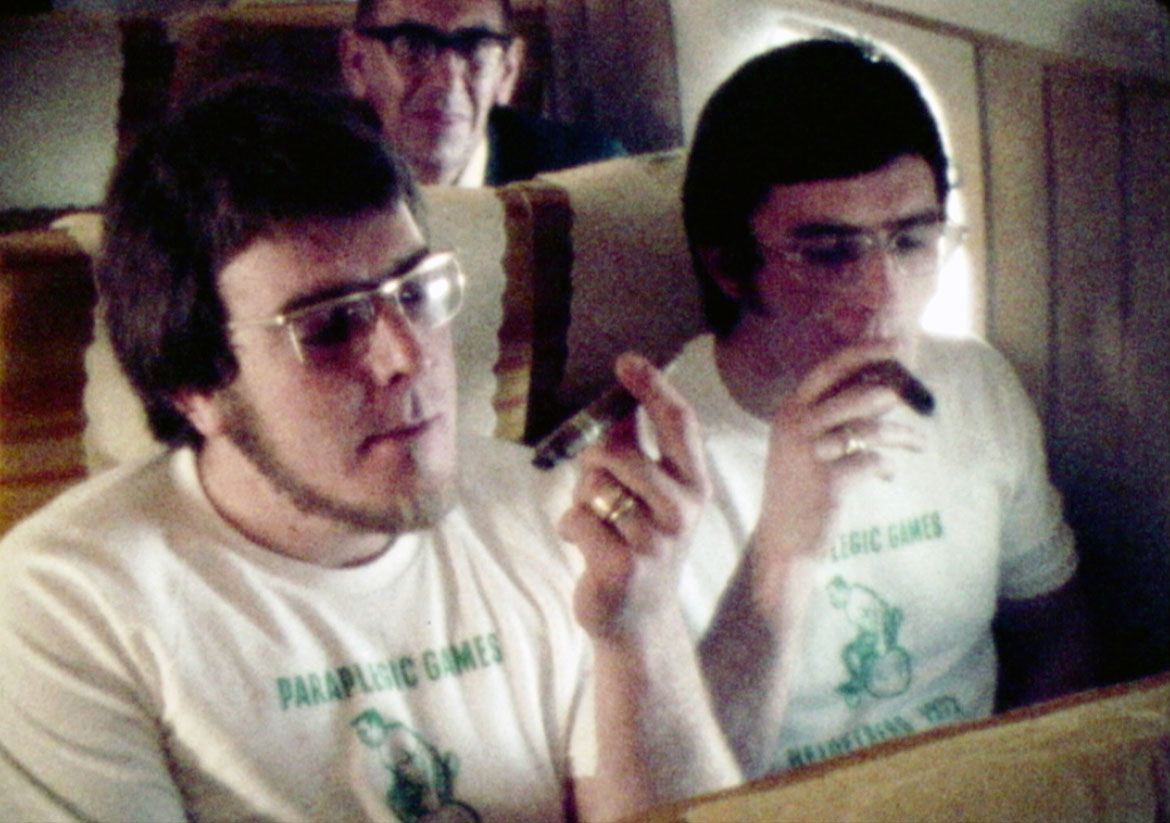 Australian Paralympic Team Members Trevor Luke and Brian Chambers enjoy a cigar on the flight to Germany for the 1972 summer Paralympics. It was an era when smoking on planes was still allowed and even a sizeable proportion of athletes smoked. The cigars were a special treat, picked up in Manila at a stopover en route to the Games.