Wheelchair rugby was a demonstration sport 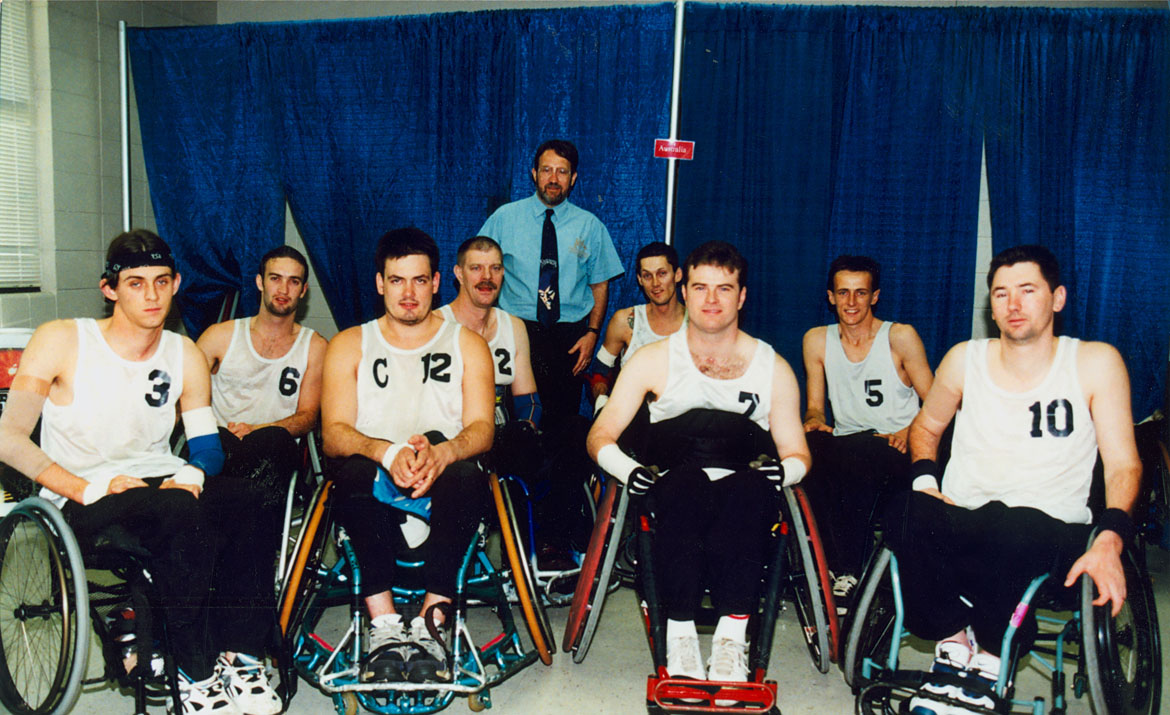 Although wheelchair rugby was a demonstration sport at the 1996 Summer Paralympics, medals were awarded and the results were counted on the medal table. The Australian team did not win a single match. It was not helped when George Hucks, the team’s best player, broke his kneecap during a practice in Atlanta prior to the start of the Games, was flown home and another player was flown into Atlanta to replace him. Left to right: Andrew Greenaway, Rodney Hamilton, Steve Porter, Baden Whitehead, Darryl Wingard (coach), Peter Lock, David Jacka, Brett Boylan, Garry Croker.