The Gliders campaign was off to a good start 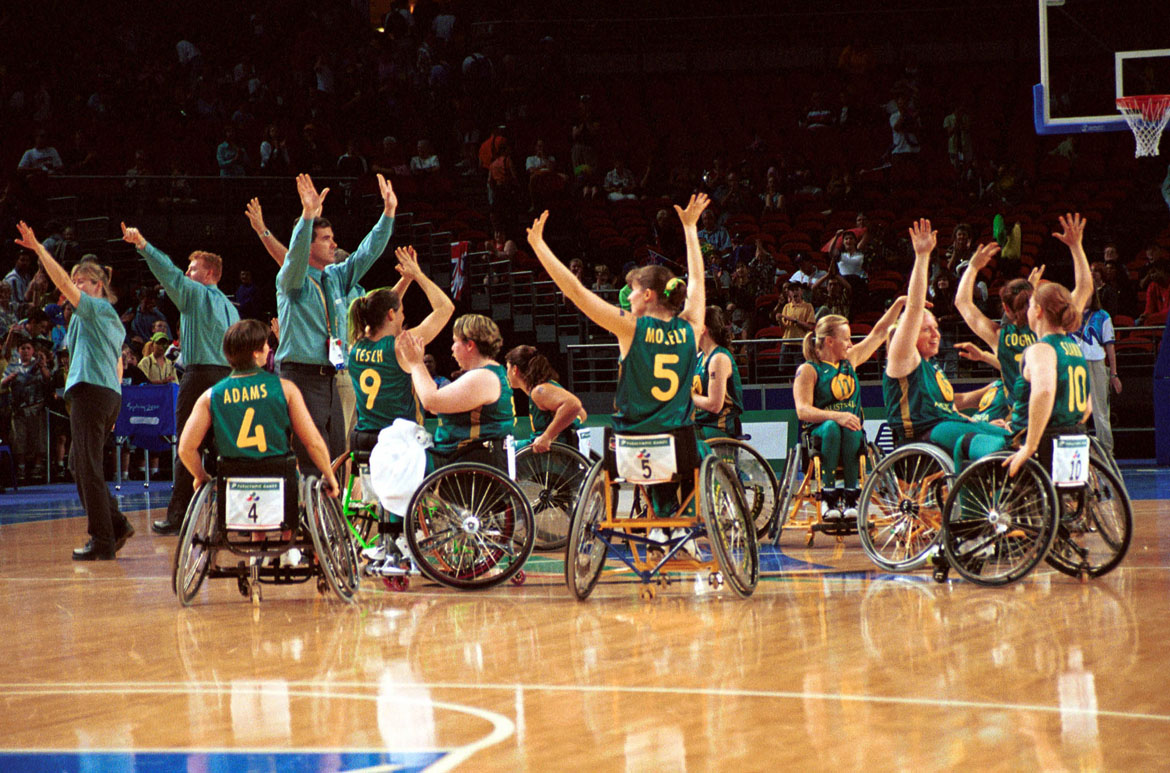 Australia’s women’s wheelchair basketball team, the ‘Gliders’, got their campaign off to a good start with a win in each of their preliminary games in the four team competition at the Sydney Summer Paralympics. Here, they salute the crowd after their first game. Back after the disappointment of the Atlanta Games, where the team also led the competition after the preliminary rounds, head coach Peter Corr and assistant coach Tracy York were determined that the team would learn from that experience. York and the second assistant coach, Rob Beveridge, would both go on to coach in the Australian National Basketball League, the first cases of Paralympic sport being a stepping stone for coaches into the able-bodied side of the sport.