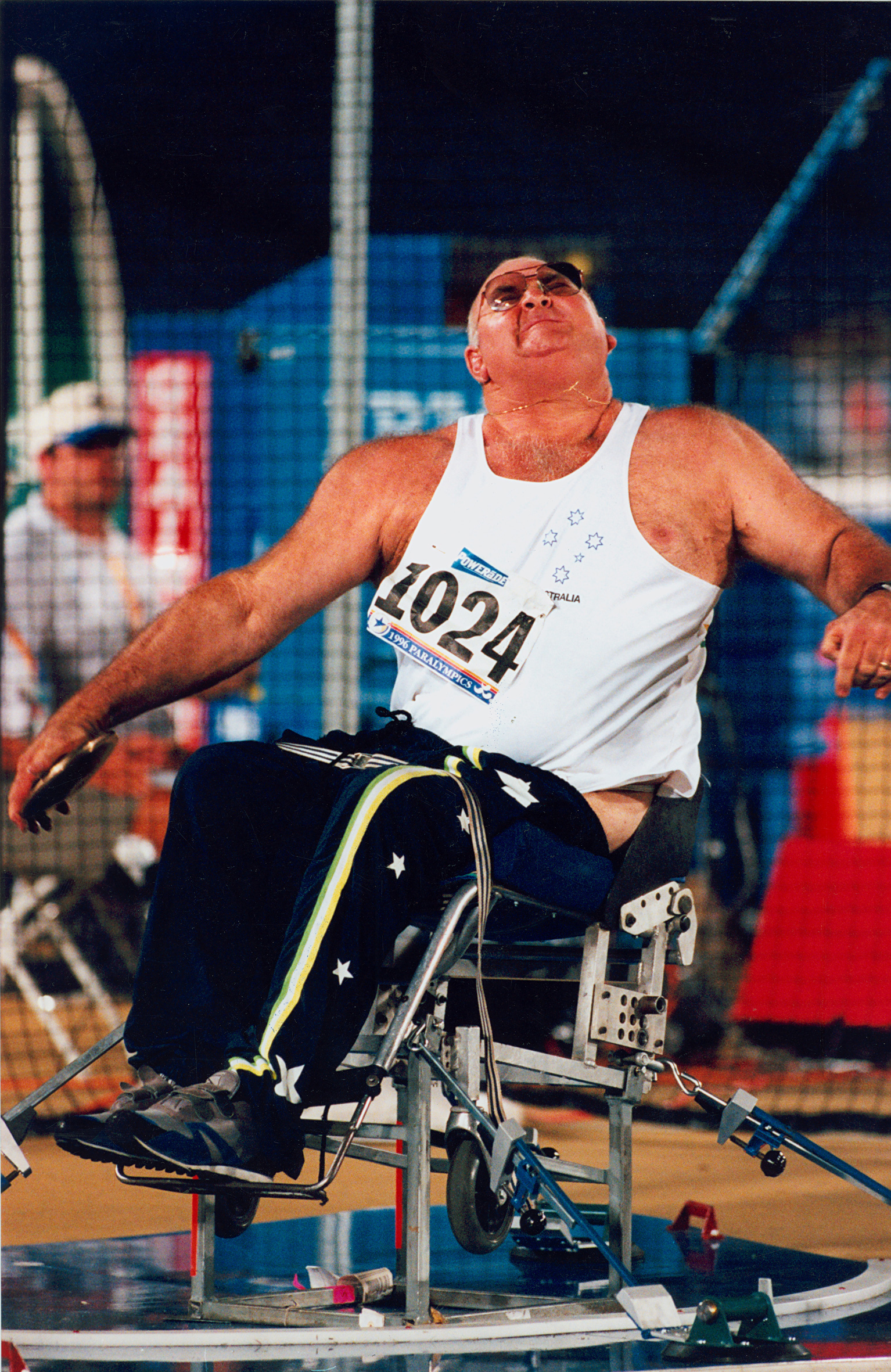 Terry Giddy competes in the F55 seated discus throw event at the 1996 Atlanta Paralympic Games in which he finished fourth. He won a bronze medal in the shot put. Giddy started his Paralympic throws career in 1972, when athletes threw out of wheelchairs which were strapped to rings bolted to the throwing circle. By 1996, athletes were using custom built throwing frames which were designed to fit the athlete and provide maximum stability once they were tied down. This innovation made a significant difference to throwing performances for seated athletes and Australia led the world in the development of the technology.