But Troy Sachs is there for the rebound 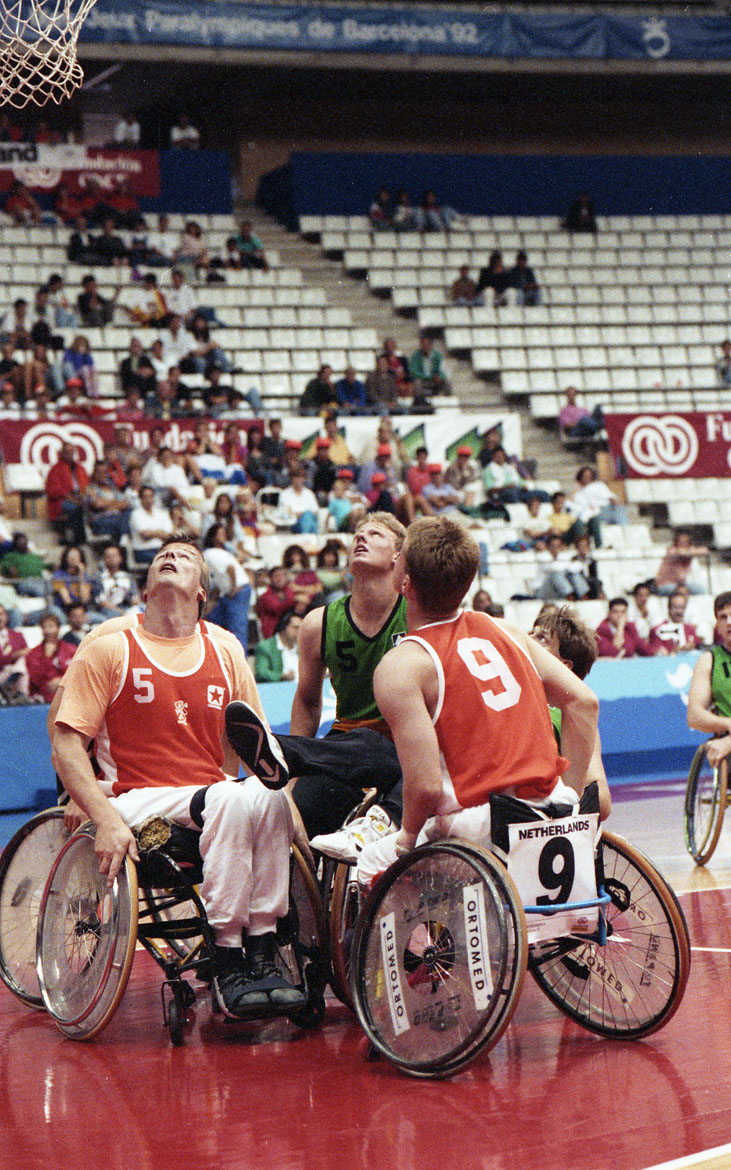 Australian Troy Sachs gets set to contest a rebound from a shot by teammate David Gould (already falling backwards in his chair) with two Netherlands opponents in their game at the Barcelona 1992 Paralympic Games. The Netherlands went on to win the gold medal and Australia finished 9th of the 12 competing teams. Sachs was just 16 in Barcelona, his first Games, and went on to become the star of the Australian team which won gold in Atlanta in 1996.