Tip-off, as Australia takes on Great Britain in basketball 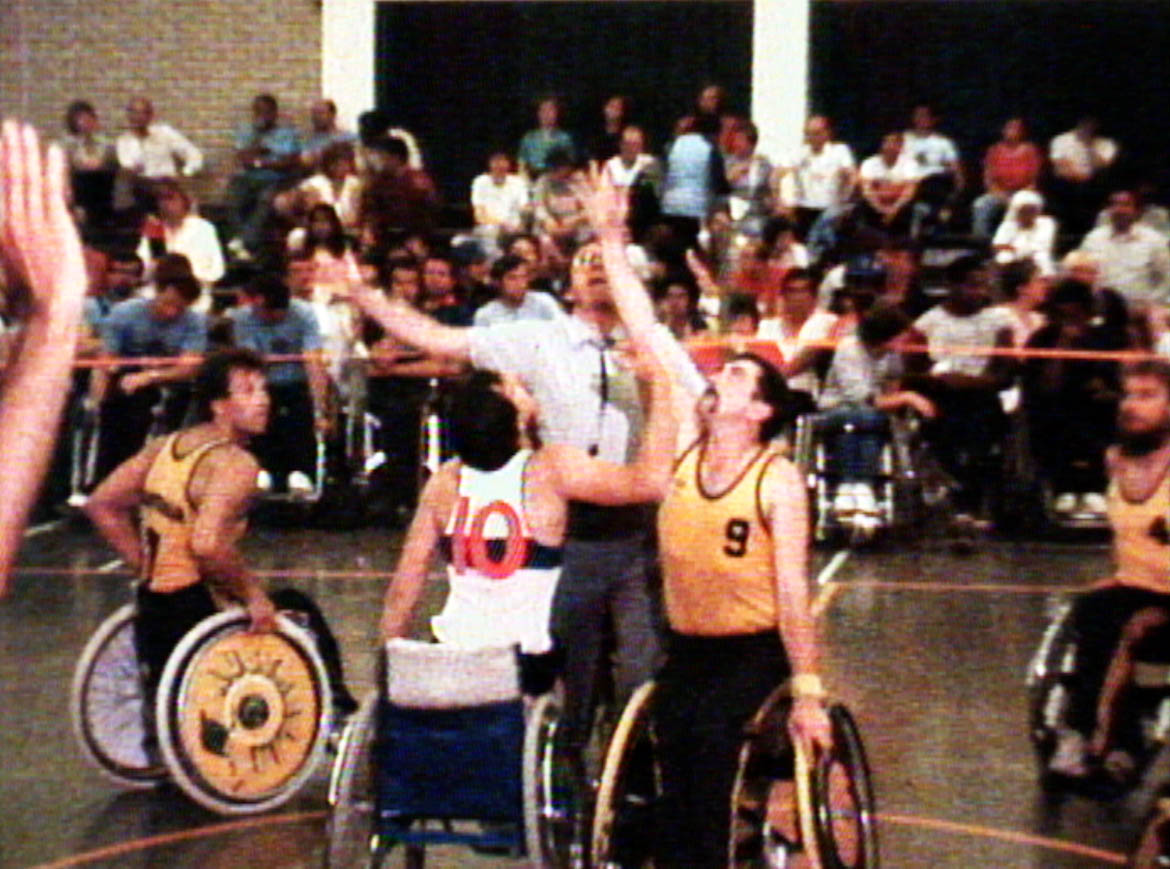 Tip-off in the wheelchair basketball game between Australia and Great Britain at the 1984 summer Paralympics. Great Britain won the game. The Australian team contained two players from the team at the first Paralympics in 1960 – Kevin Coombs and player/coach Bruno Moretti – and a player who would captain the team at the in 2000 Games in Sydney – David Gould, thus spanning 40 years of wheelchair basketball history. However, Australia finished back in the field in 1984, 11th of 18 teams.

Author: This image is a still from a film made by Donald Worley about Australia's participation at the 1984 Summer Paralympics in Stoke Mandeville, England.