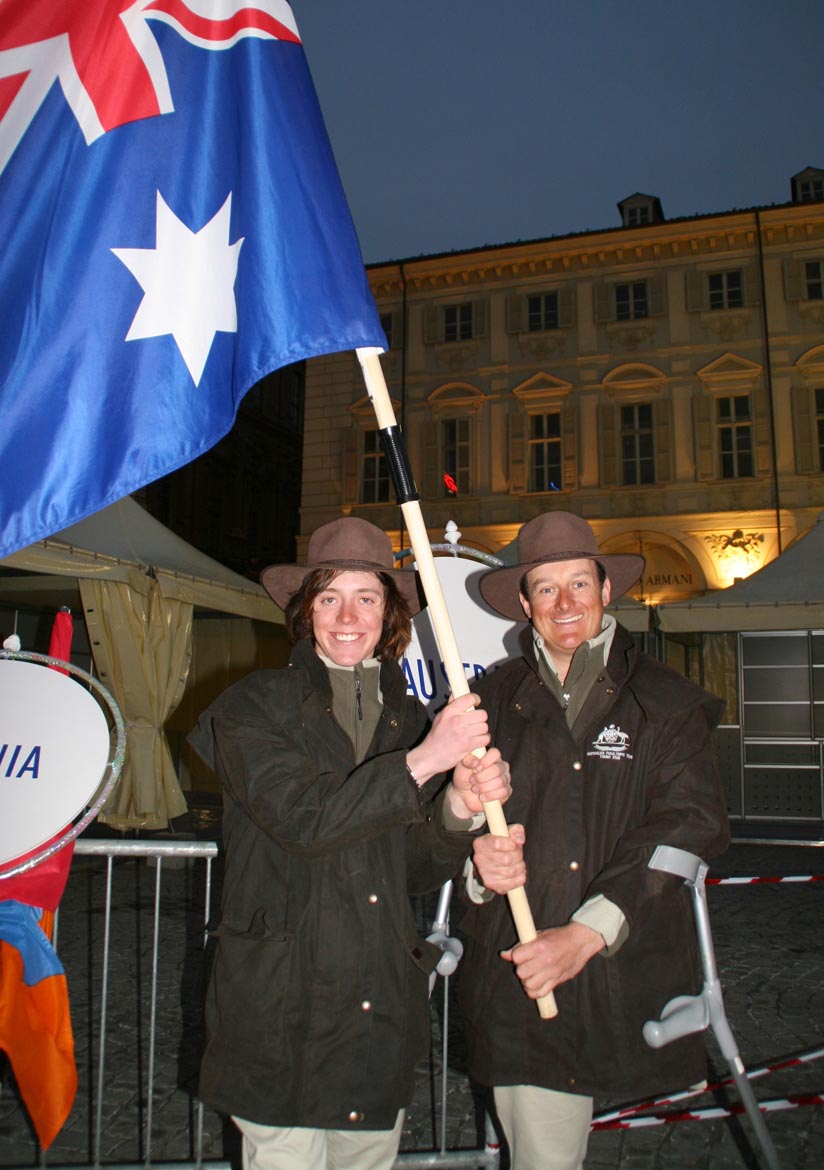 Michael Milton, who had won his last medal, was selected to carry the Australian flag for the closing ceremony of the Torino winter Paralympics. However, Milton asked that Toby Kane, who had won his first medal in Torino, carry the flag. It was a symbolic handing over to the new generation of skiers. Like Milton, Kane is a one legged skier.