There weren’t so many smiles at the wheelchair rugby 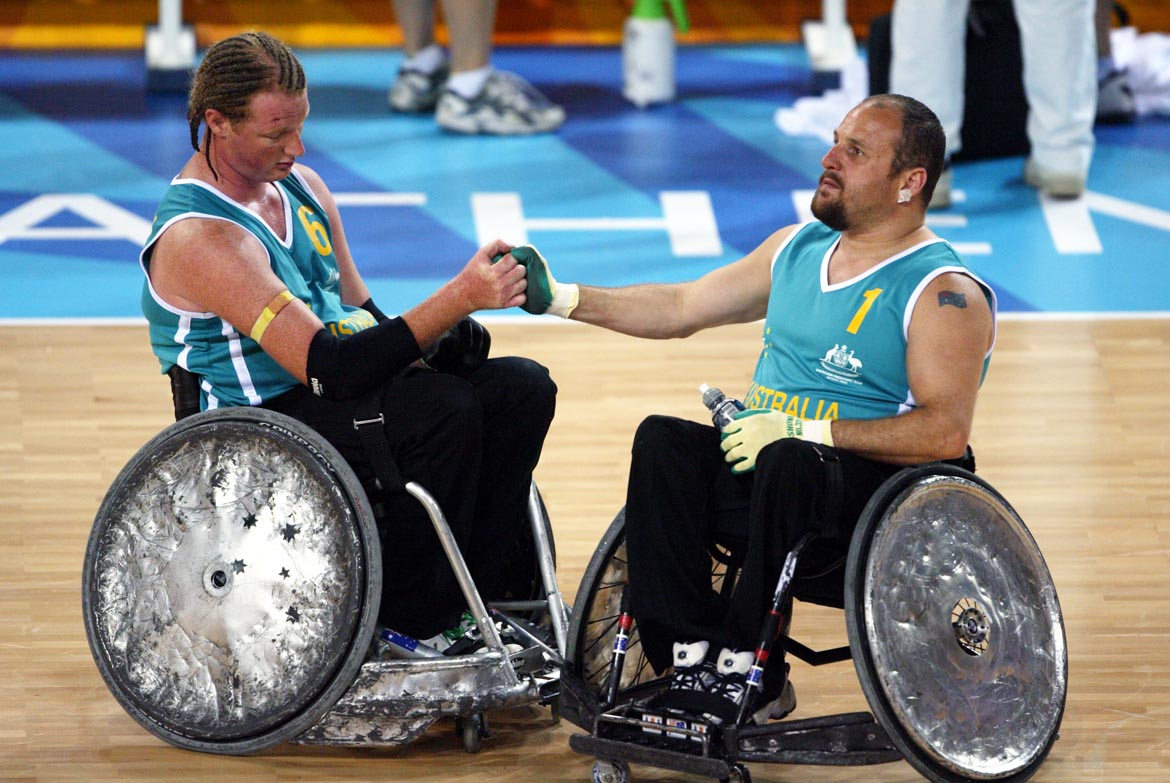 Brad Dubberley (lefy) and George Hucks reflect the mood in the Australian wheelchair rugby team at the Athens summer Paralympics. After going from a bunch of ill-disciplined amateurs at the world championships in 1998 to thrilling silver medallists in 2000, the wheelchair rugby team was on a mission to go one better in Athens. The secret weapon was a 15 year-old potential superstar named Ryley Batt, who was provisionally classified as a 2.5 pointer. In wheelchair rugby, the players’ classification points range from 0.5 to 3.5 and each team can have 4 players with a total of up to 8 points on the floor at the same time. Line-ups and plays are built around combinations of players and their points ratings. However, Batt was a ‘quad amputee’, with deficiencies in all four limbs. In a sport which was traditionally played by athletes with quadriplegia, amputee athletes were a controversial inclusion, as they usually have the use of all trunk muscles. Ryley was re-classified in Athens as a 3.5 and teammate Scott Vitale was re-classified from a 1.0 to 1.5. The Australian team’s line-ups and plays were suddenly meaningless. Although the team retained key players such as Hucks and Dubberley from Sydney, it lost a close quarter-final and missed the medal round. Up until the Athens Games, the Australian Paralympic Committee’s policy had been that it was the responsibility of the sport and the individual athlete to ensure that they were classified and that their classification was up-to-date and appropriate. Partly as a result of the Athens experience, the APC introduced a national classification program in 2006 and developed a policy and practices to ensure that the APC, the sports and Australian athletes would go to the Paralympics certain of the classification of every team member.