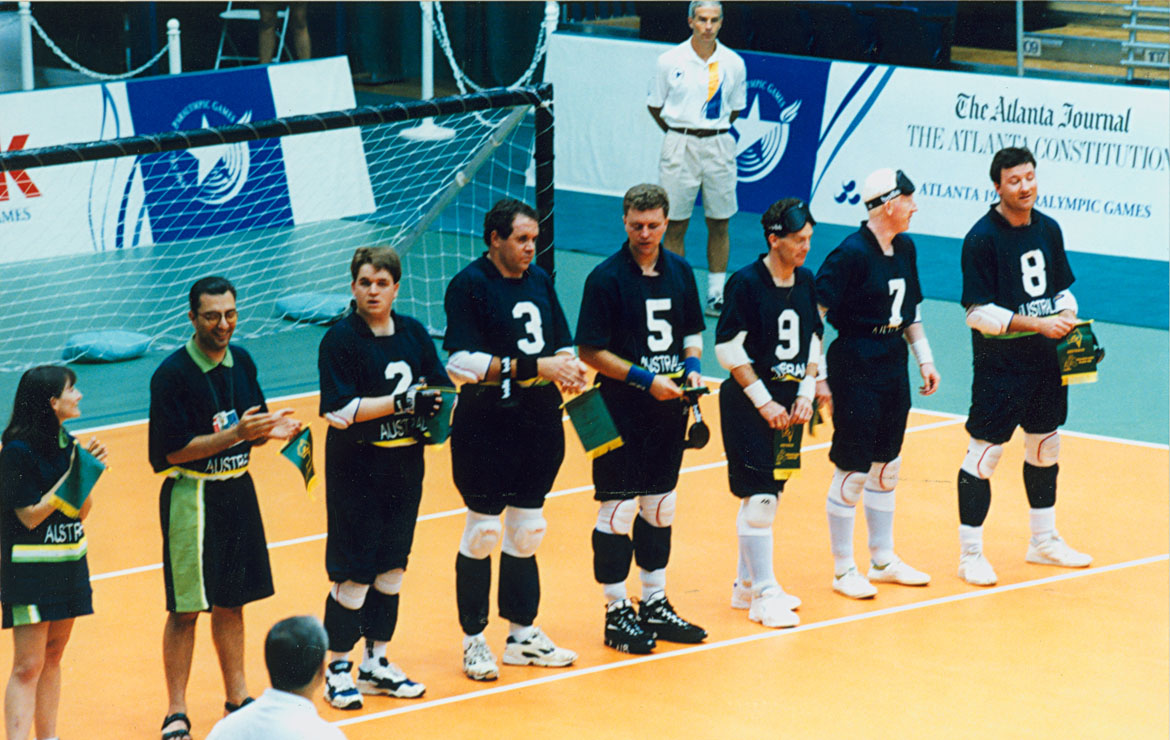 Spectators are required to be silent during play in goalball matches so that the players can hear the noise of the ball and the audible cues from their opponents. The Australian men’s goalball team produced its best ever finish at the 1996 Paralympic Games. The team made it to the medal round, losing the bronze medal play-off to Spain 2-6 and so finishing fourth. The team was extensively prepared and was led by Rob Crestani. Left to right: Heather Gosens (assistant coach/manager), Sam Theodore (coach), Brett Scarr, Warren Lawton, Gerrard Gosens, Colin George, Kevin Frew, Rob Crestani.