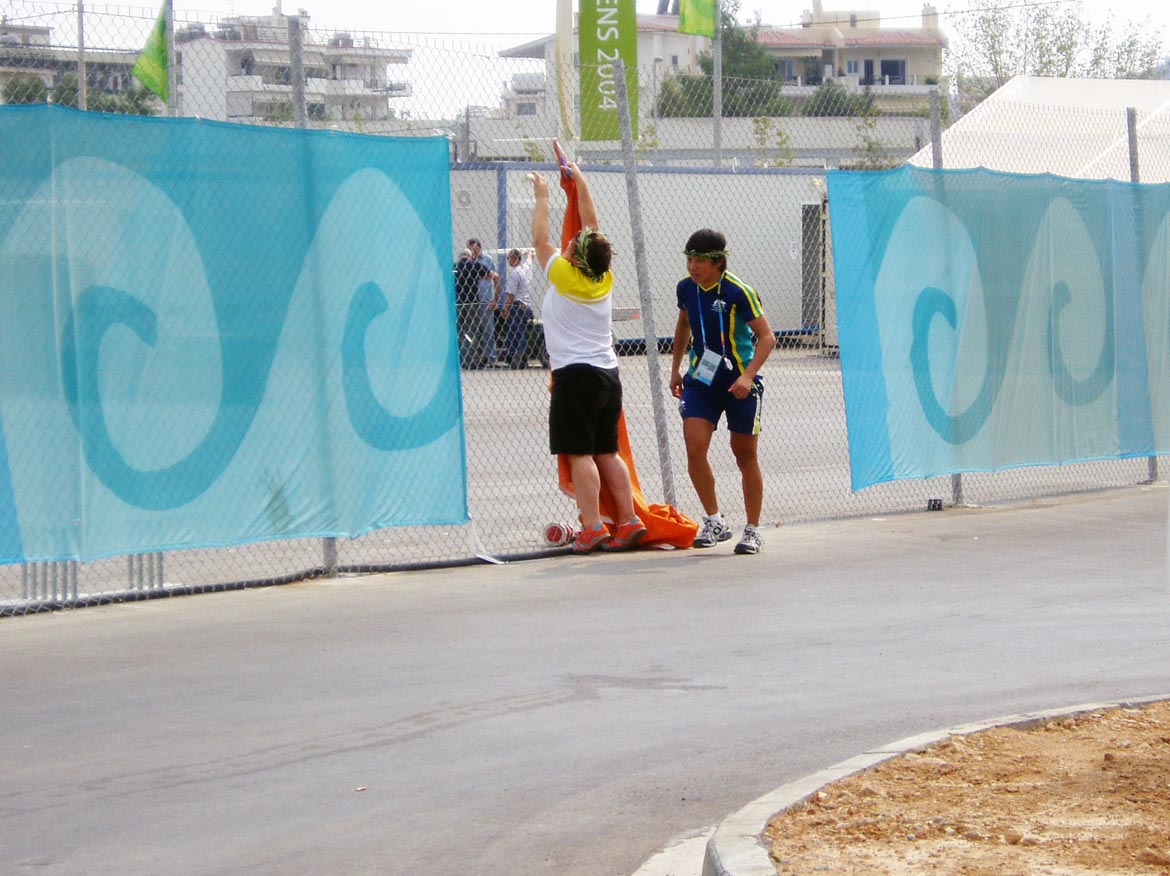 Two Australian team members, who bear some resemblance to a vision impaired cyclist and a massage therapist, do what visitors to Greece have traditionally done for millennia – collect souvenirs. At the end of any Games, the woven fencing banners become trash, so some enterprising members of the Australian team took it on themselves to help the organisers dismantle the Games signage. Another team member doing the same was not as lucky as these two, spending time in the Village police station before being rescued by the team’s Chef de Mission and let off with a warning.