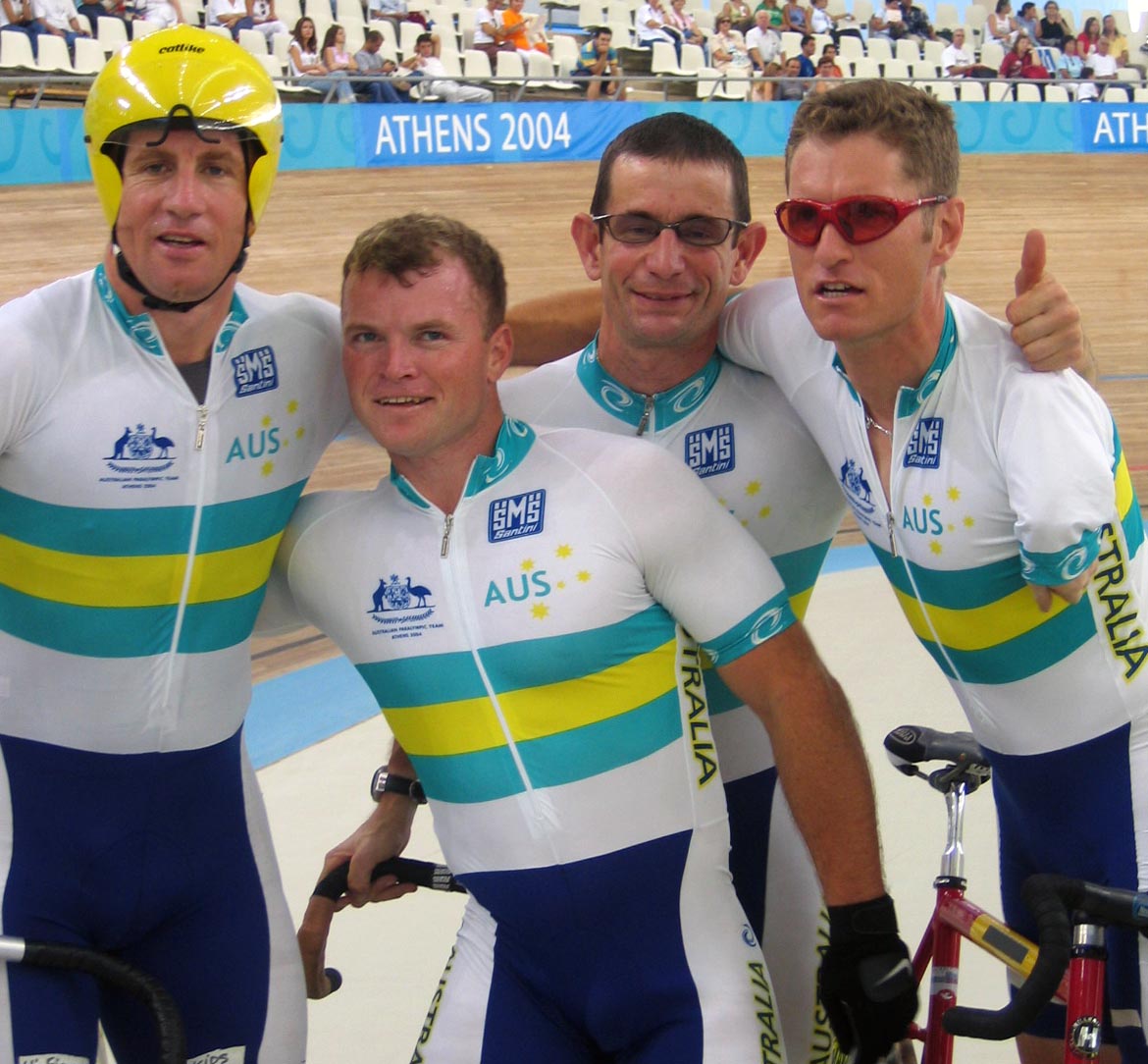 The team sprint is a three lap race, with two teams of three cyclists competing against each other and starting on opposite sides of the track. One of the riders from each team peels off after each lap so that the final lap is ridden by a lone rider who has drafted behind his teammates for the first two laps. At the Athens summer Paralympics, Australia dominated the ranking round and its semi-final. Greg Ball was the best lead out rider in the competition and Chris ‘Gecko’ Scott was untouched as the final rider. However, Peter Brooks and Peter Homann were both vying for the spot as second rider, one riding the qualifying round and the other the semi-final. Brooks rode faster, so was selected for the gold medal ride. However, Homann had not yet won a gold medal at his final Games and Scott stepped out of the final to allow Homann to ride last for a gold medal. Because he had ridden in both previous rounds, Scott also received a gold medal, his third of the Games. His gesture, however, was not appreciated as much by the coaches as it was by his teammate.