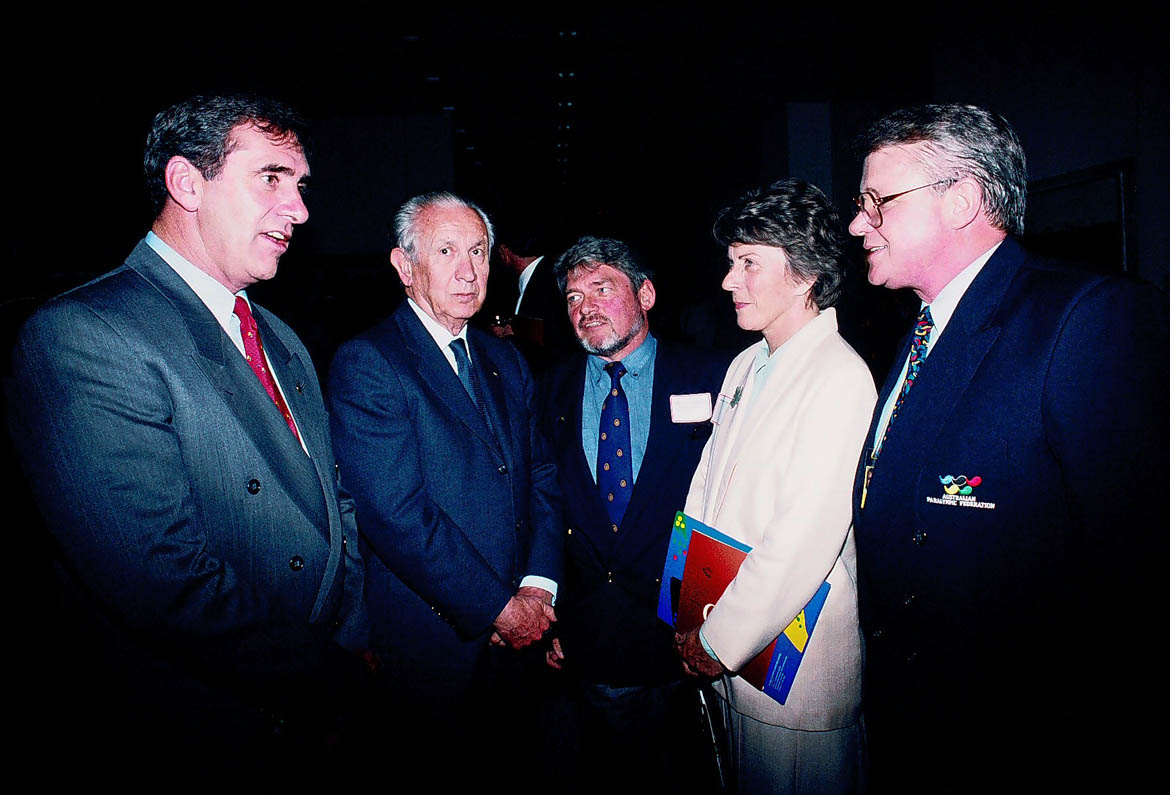 The President of the International Olympic Committee, Juan Antonio Samaranch, visited Sydney in May 1993 to meet with governments and officials of the 2000 Sydney Olympic bid. Samaranch had been a big supporter of the 1992 Barcelona Paralympics in his home country and his support had helped to ensure the unprecedented success of those Games. In Sydney, Samaranch met the Sydney Paralympic bid team at a function hosted by New South Wales Premier John Fahey. Fahey had repeatedly said that his government would underwrite the Olympics, but not the Paralympics. Australia was going to be the only country bidding for the 2000 Paralympics that did not have a promise of government underwriting. The tension between the parties is obvious in this photo – Fahey at left, with Samaranch, then Ron Finneran (President of the then Australian Paralympic Federation), Adrienne Smith (APF Secretary-General) and Paul Griffiths (APF Media Director).