The recognisable style of Toby Kane, on his way to his first Paralympic medal 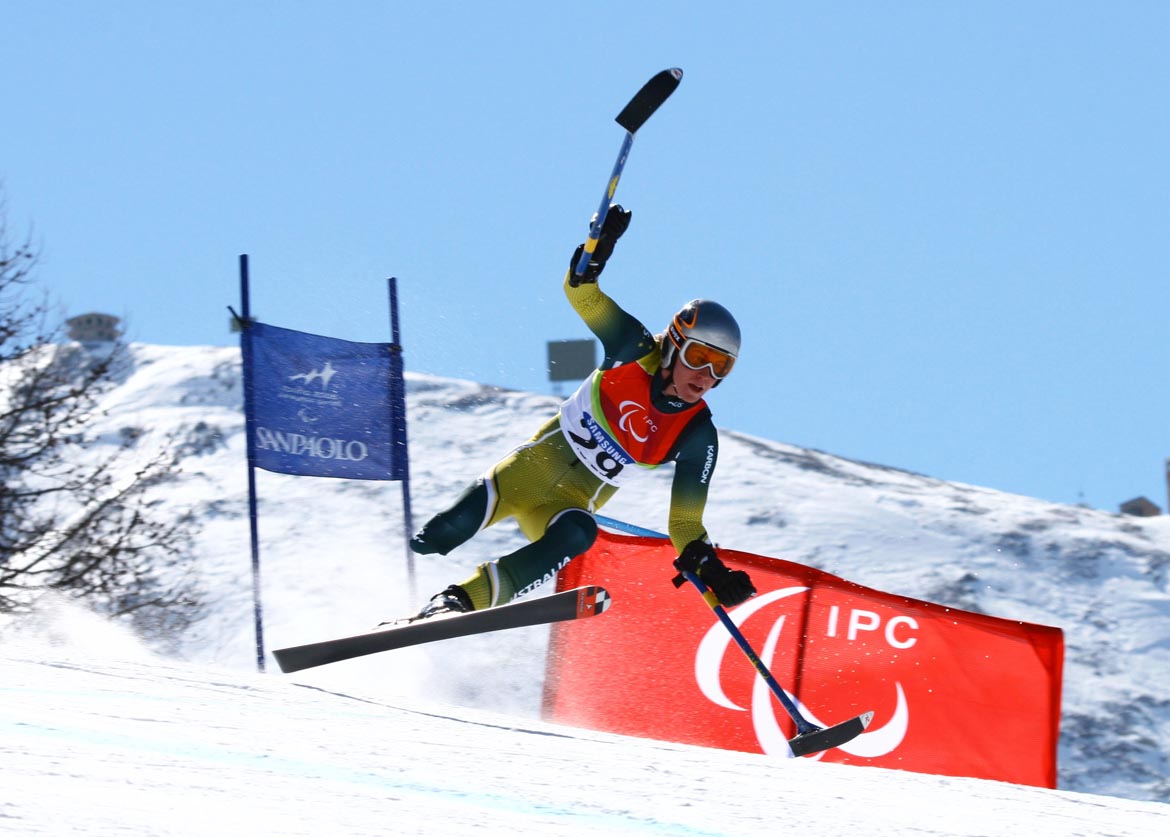 Whether it was the influence of Michael Milton, or for other reasons, Australia has produced a succession of world class one legged alpine skiers. Toby Kane was one of the six one legged alpine skiers in the Australian team of ten athletes at the Torino winter Paralympics. In contrast to the very controlled style of Michael Milton, Kane’s more exuberant technique belied his speed on the mountain. At 19 years, the youngest athlete on the Australian team, Kane brought home Australia’s second medal, in the super-G.