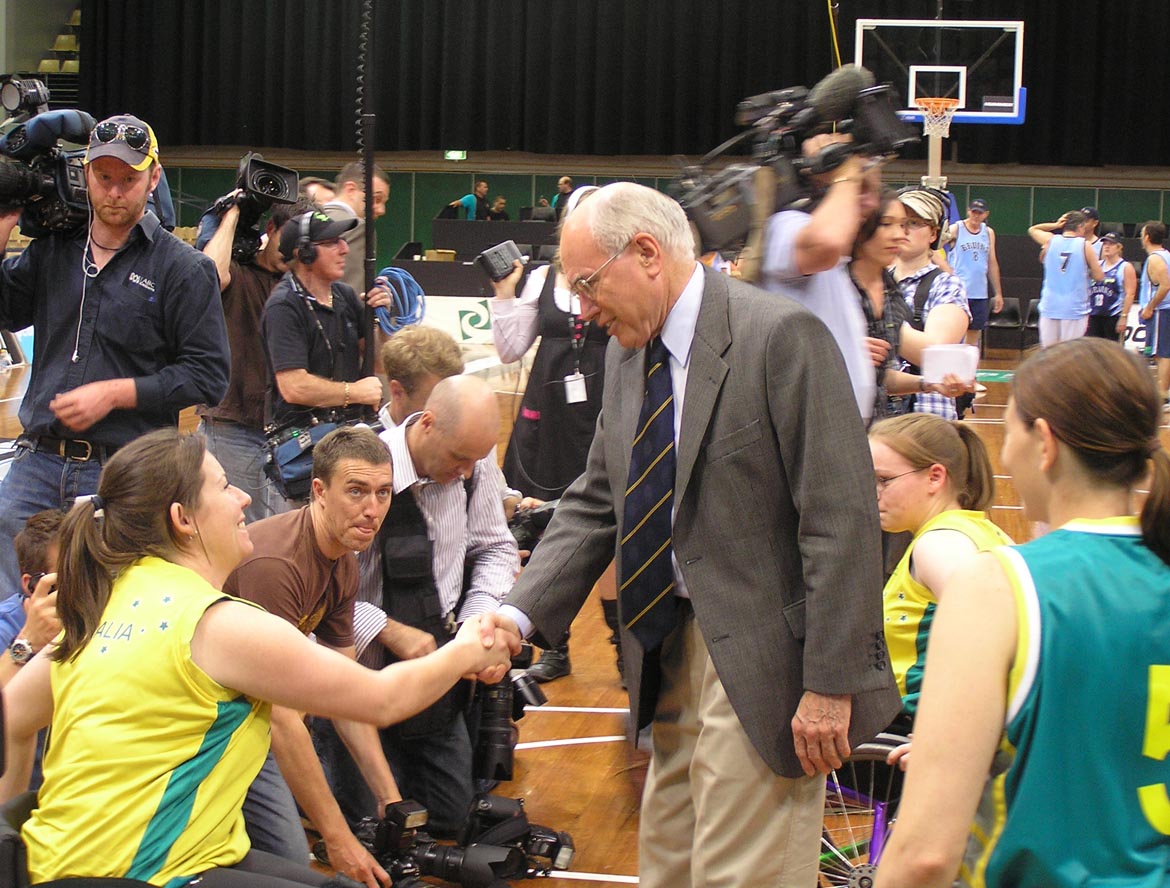 In the lead-up to the 2007 federal election, Prime Minister John Howard announced that the Federal Government would significantly increase funding to the Australian Paralympic Committee by $3.45m a year, commencing in 2007/08, plus a one-off grant of $1m to assist in televising the 2008 Beijing Games. Howard made the announcement in Sydney on Saturday 20 October, joined by members of the men’s and women’s wheelchair basketball teams (including Tina McKenzie, left, and Katie Hill, rear) and a large media contingent. The funding increase was in line with a submission made by the APC to the major parties well before the election was called. In total, it represented almost a doubling of federal funding and enabled the APC to invest in targetting new opportunities in medal sports, the creation of a mainstreaming fund, the integration of Paralympic programs within the Australian Institute of Sport and an expanded role for the APC in sports science, sport medicine and athlete services. It also ensured the most comprehensive TV coverage ever of an away Games by the ABC in Beijing. Although Howard’s government lost the election on 24 November, the incoming government honoured the commitment.