GALLERY: The Kieran Modra Athens’ story – in pictures and words 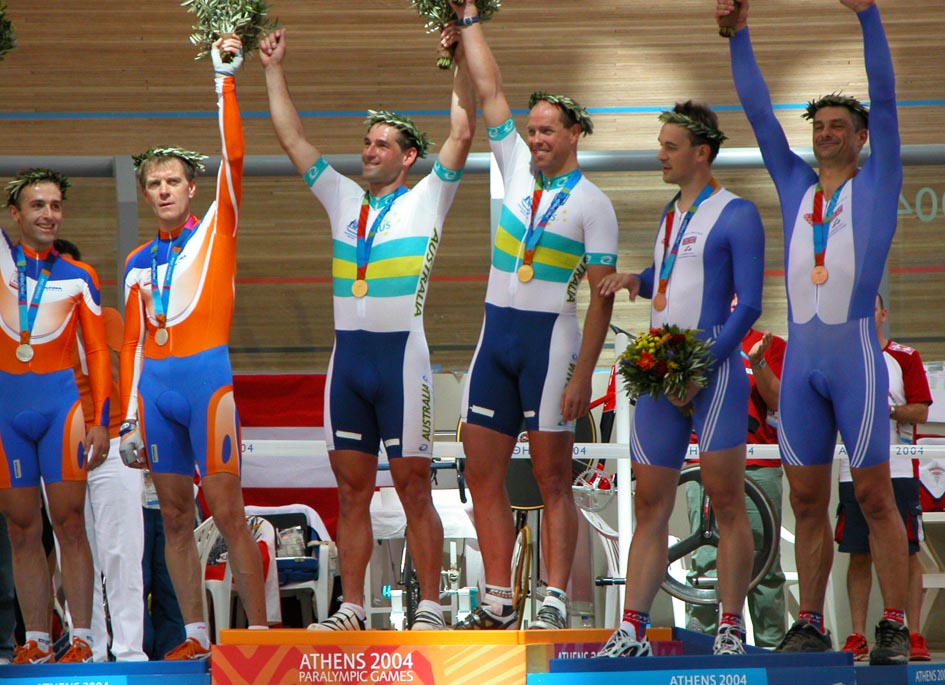 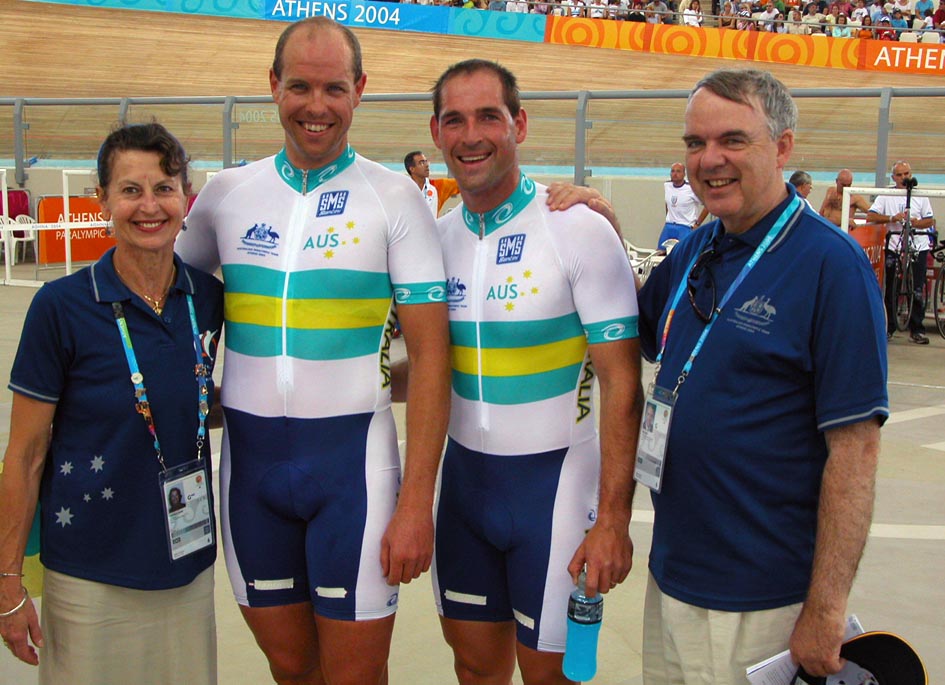 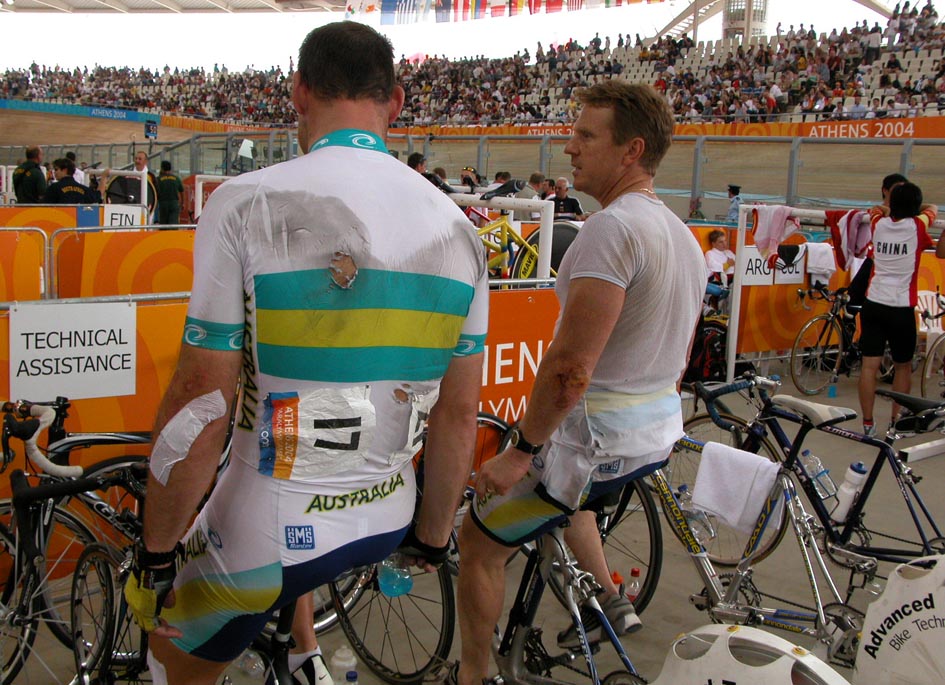 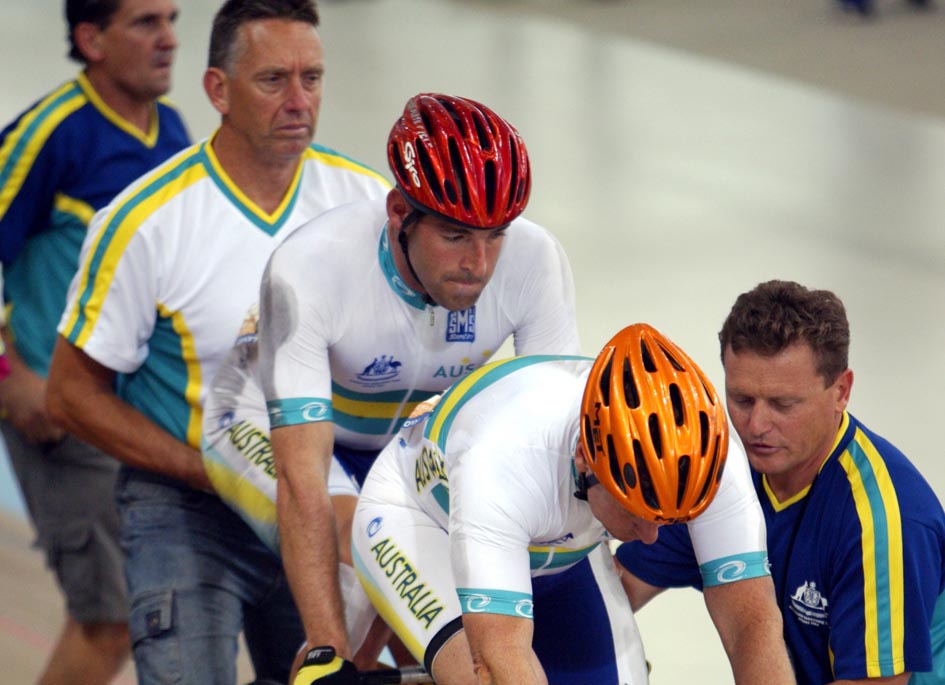 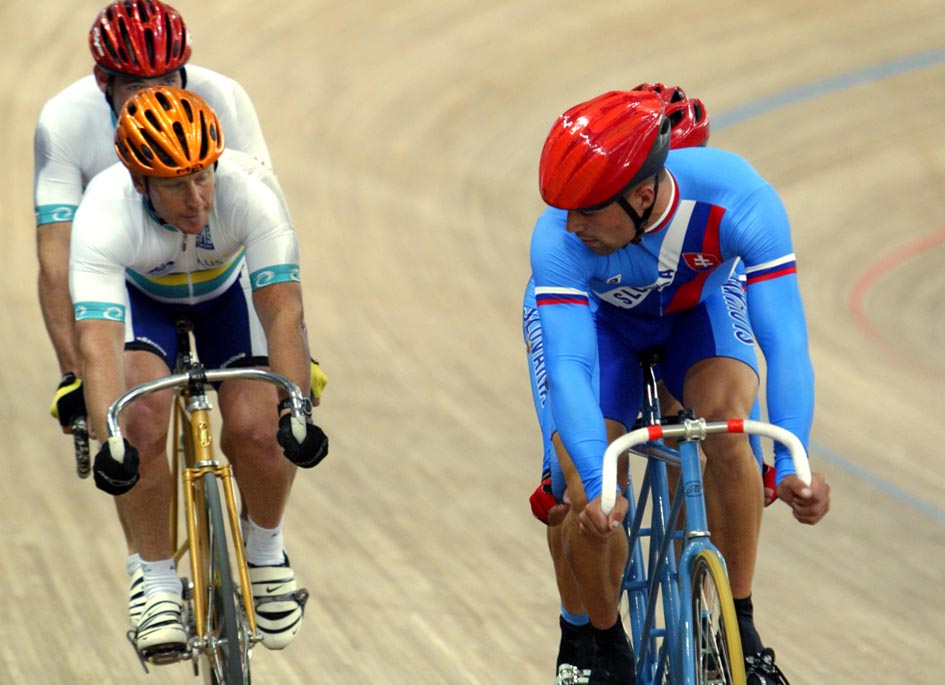 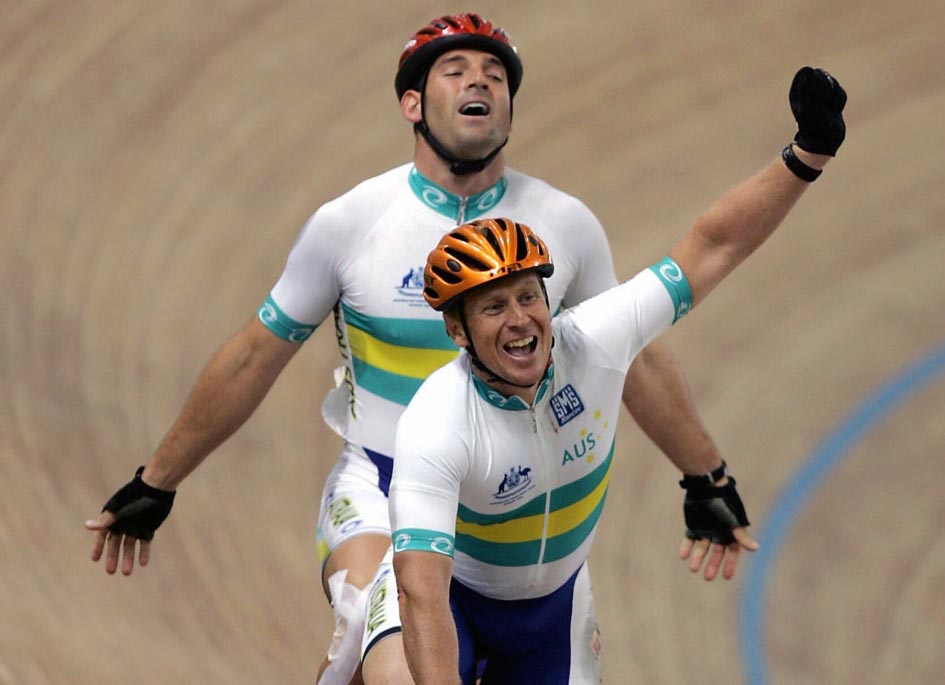 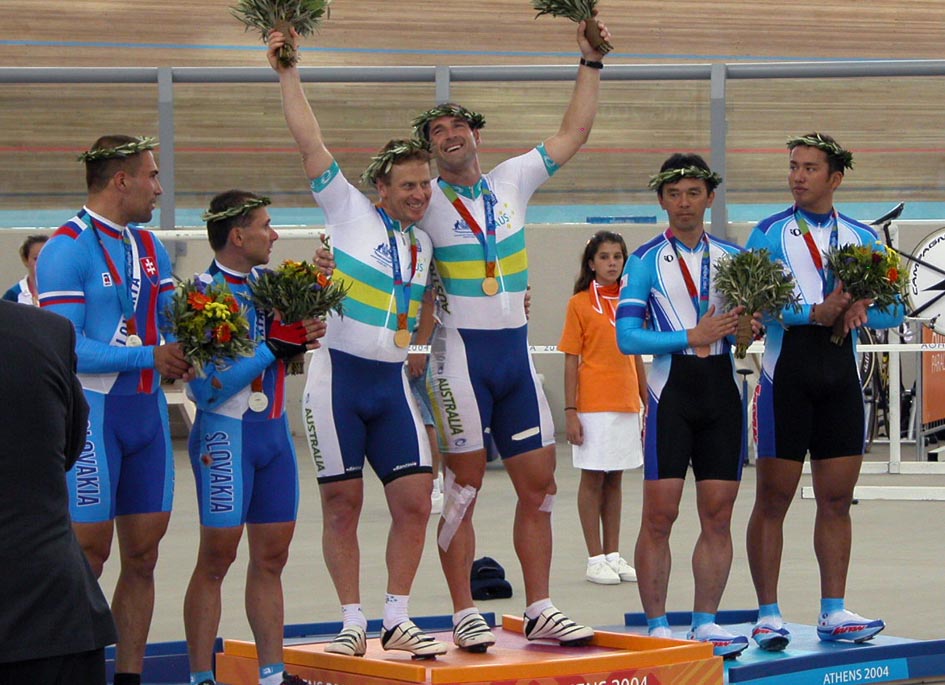 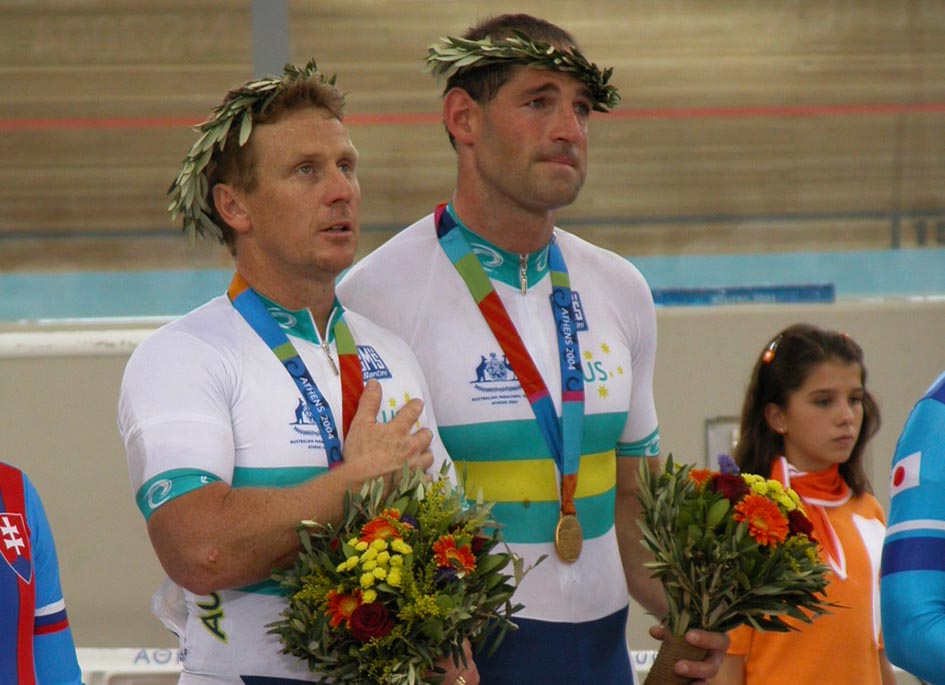 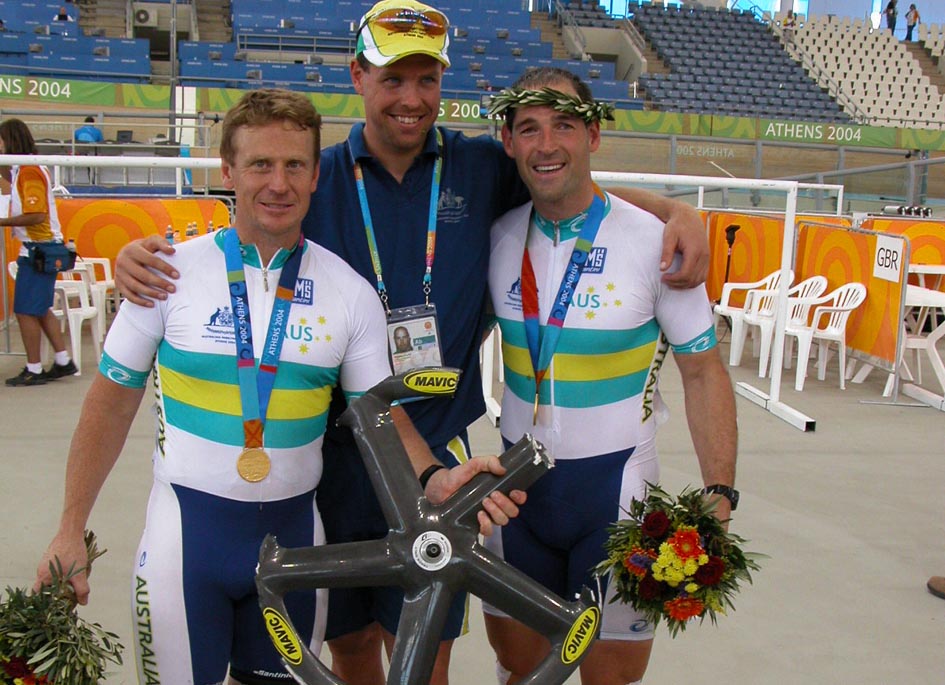 There were lots of stories surrounding the Australian team’s performances at the Athens summer Paralympics and cycling had more than its share. The biggest was the saga of Kieran Modra and his sighted pilots, Robert Crowe and David Short. Modra was selected on the team ahead of Lyn Lepore. However, Lepore appealed her non-selection on the basis that Modra’s selection was based on performances with two separate pilots, Crowe for endurance events and Short for sprint events. Lepore and Modra were at the team’s pre-Games camp in Italy when the appeal was heard in Australia, each knowing that one would leave the camp to go to Athens and the other to return to Australia. The appeal was successful and Modra was out. Enter APC President Greg Hartung, who managed to convince the relevant authorities to issue a ‘wildcard’ invitation to Modra to fill a vacant slot in the cycling program. After training alone in Italy, Modra and his pilots moved into the Village the night before the Games started. On the second day of competition, Modra and Crowe won Australia’s first gold medal of the Games in the 4000m pursuit, cheered on by Rod Kemp, Australia’s Minister for Sport, and his wife. Modra was determined to win a gold medal with Short in the sprint. However, in the first race of the semi-final, their front wheel disintegrated at 60kmh on the home straight, pitching them both onto the track in a shower of carbon fibre shards. They had 20 minutes to be patched up and ride the second race, then another 20 to ride the decider. They won both. An hour later: the final, against a canny pairing from Slovakia, who forced a slow pace, torture for the bloodied, bruised Aussies. The result was gold for Australia and a very emotional Modra, his teammates and the cycling staff.