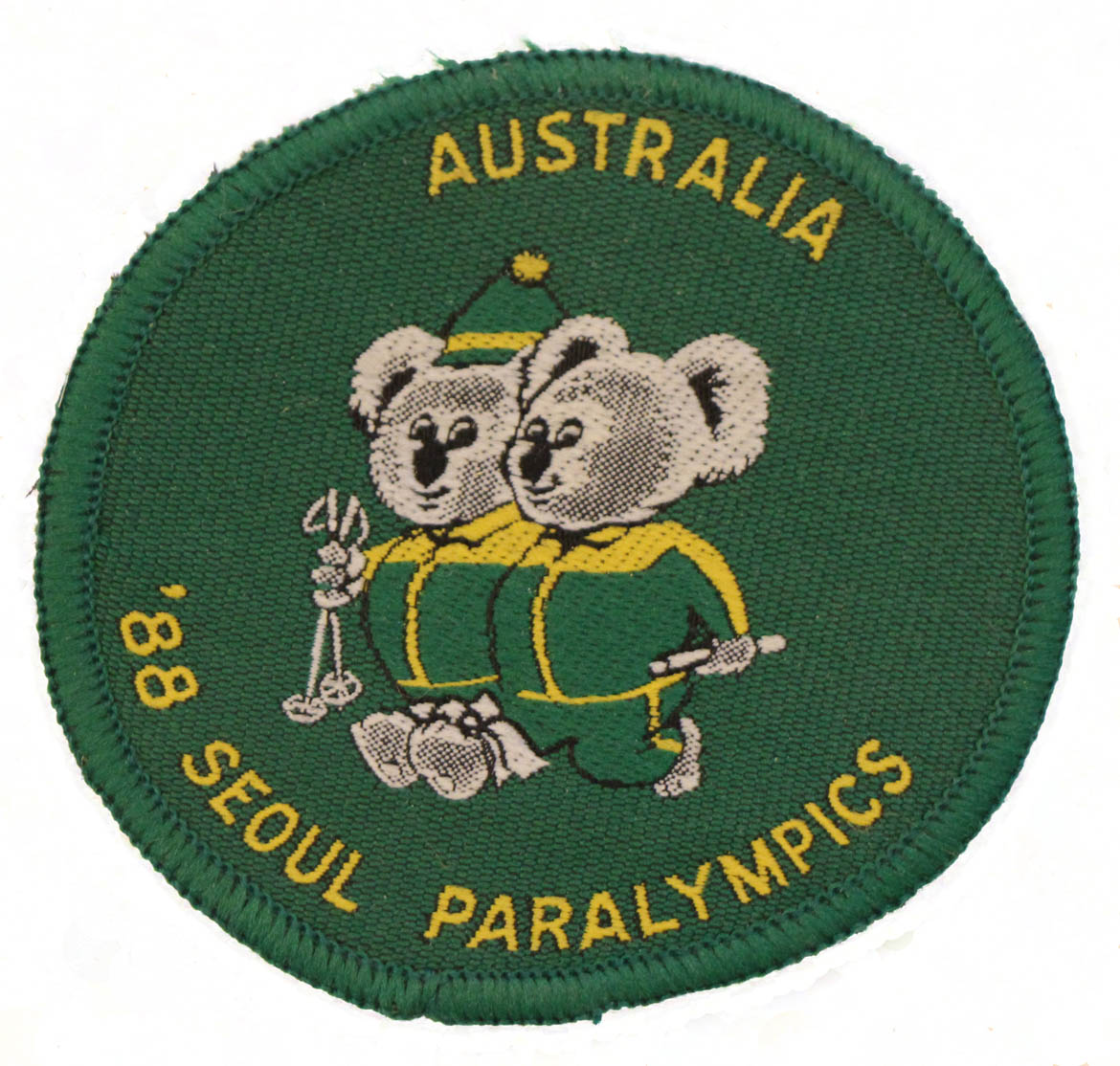 This cloth patch shows the twin koalas used as a symbol by the Australian Team. The bears are a play on the official Games mascots. One Koala represents winter athletes and one represents summer athletes, with the idea that both teams were united in the same Paralympic year. The Gomdoori, whose name is derived from the Korean word for “teddy bear”, were the Paralympic mascots for the Seoul 1988 Paralympics. While bears are commonly associated with wisdom and courage, the pair is depicted with their legs tied together, symbolising the ability to overcome adversity through co-operation and to encourage mankind to work together peacefully and harmoniously. (Source – International Paralympic Committee.)

Author: Photo of an item of Australian Paralympic Team memorabilia donated to the APC by Donald Worley.