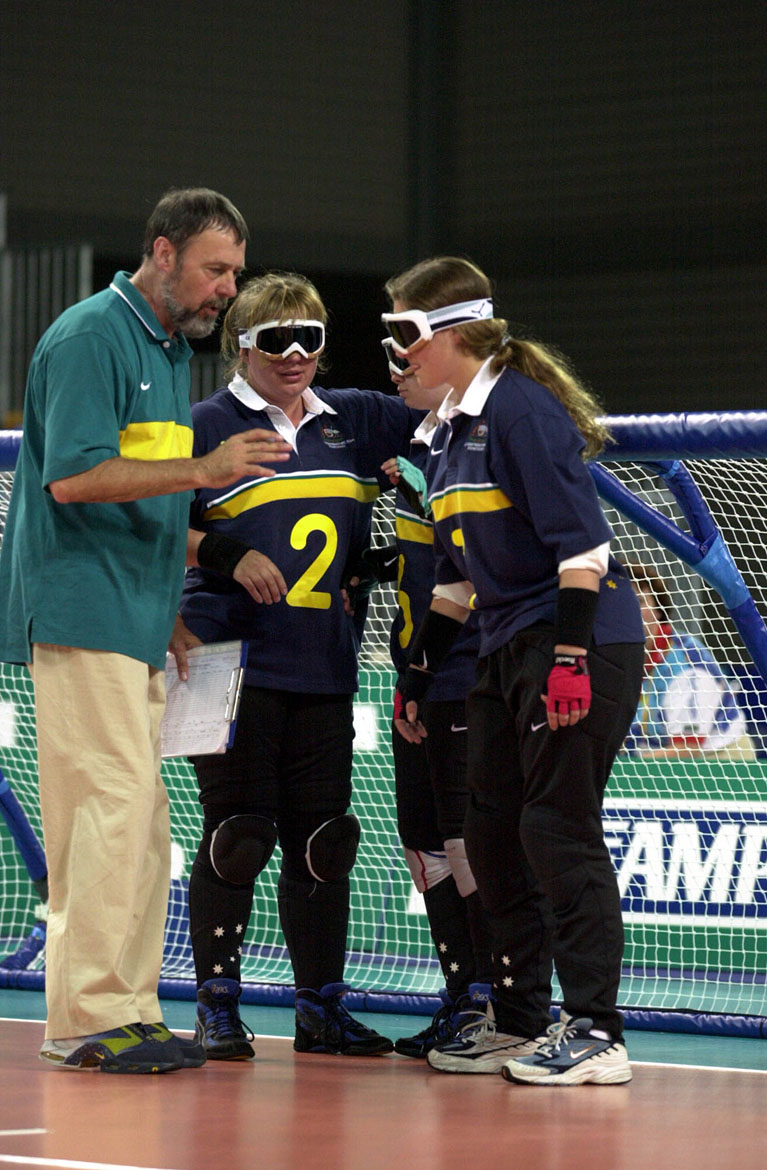 Australian women’s goalball team coach Terry Kenaghan discusses tactics with his team during a game at the 2000 Sydney Paralympics. At the 1980 Paralympic Games, Kenaghan was the Blind Team Manager and Deputy Overall Leader of the Australian team. When he found out that goalball was being played in Arnhem, he registered an Australian team. After the Games, Kenaghan distributed rules and information throughout Australia. The following year the Australian Blind Sports Championships included Goalball as an event, and teams from NSW, WA Victoria and Queensland competed. Kenaghan continued to play a leading role in the sport and was coach of the women’s team in Sydney. His daughter Georgina Kenaghan coached the team at the 2012 London Paralympics.