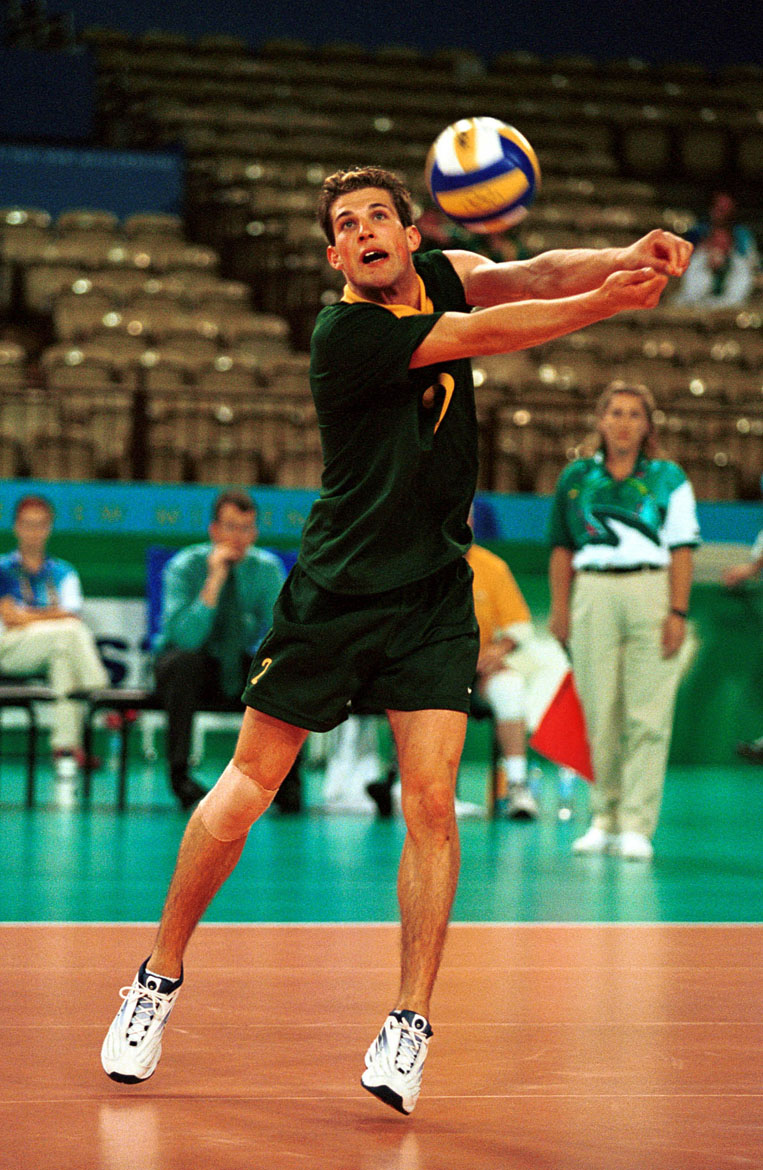 Standing volleyball is played by players with an impairment which puts them at a disadvantage in the able-bodied game of volleyball. Players are classified into three classes – A, B or C – depending on their level of impairment. Of the six players on the court, only one can be class A (least impaired) and at least one must be class C. Steven Neal was a class A player who had a limited range of motion in his legs. He was the key player in the Australian standing volleyball team at the Sydney summer Paralympics. There was no women’s tournament at the Games. It was Australia’s only appearance in standing volleyball at the Paralympics and the team finished 8th of the 8 teams. After 2000, the sport was removed from the Paralympic Games program and the sitting volleyball program expanded to include a women’s competition.