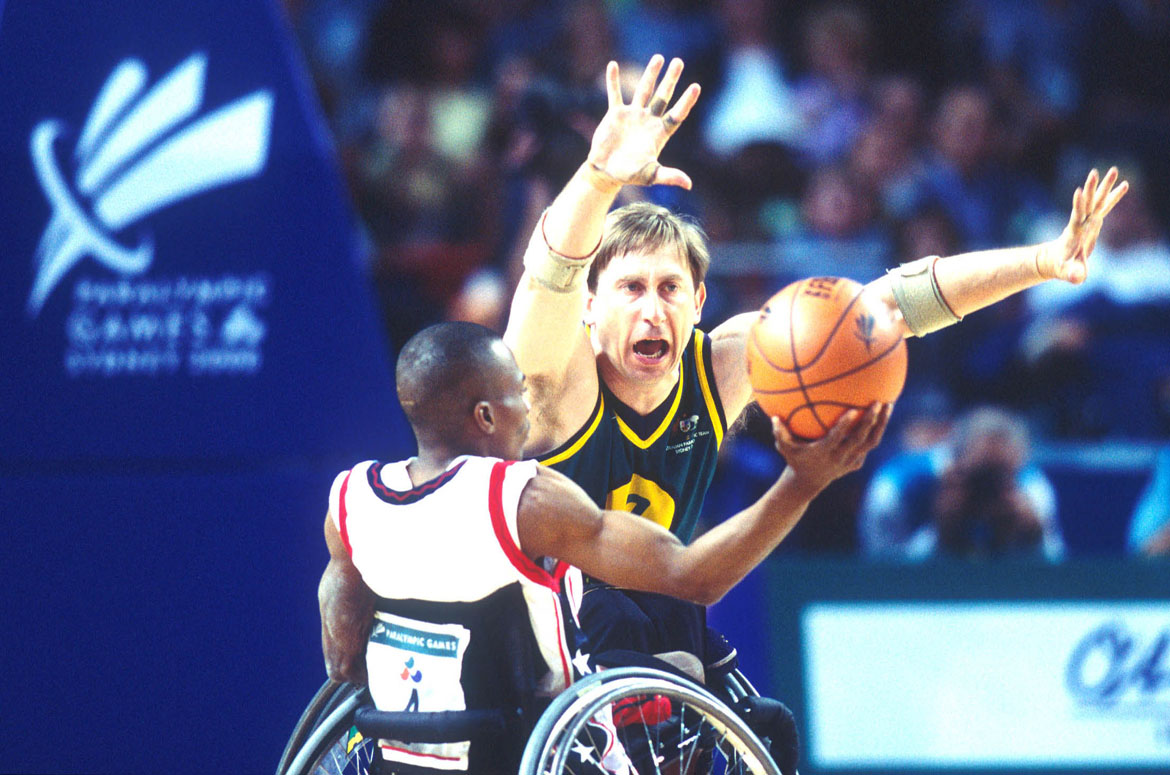 Sandy Blythe is all over the ball carrier in this defensive play in the critical quarter-final match-up between the Australian “Rollers” and the USA at the 2000 Sydney Paralympics. Despite the efforts of Blythe and the team, they lost this game 54-62 and were knocked out of the medal rounds. The USA went on to win bronze and the Rollers finished 5th, a disappointing result after the team won gold in 1996. It was Blythe’s last Games. Soon after, he developed chronic fatigue syndrome and, in despair, he ended his own life in 2005.