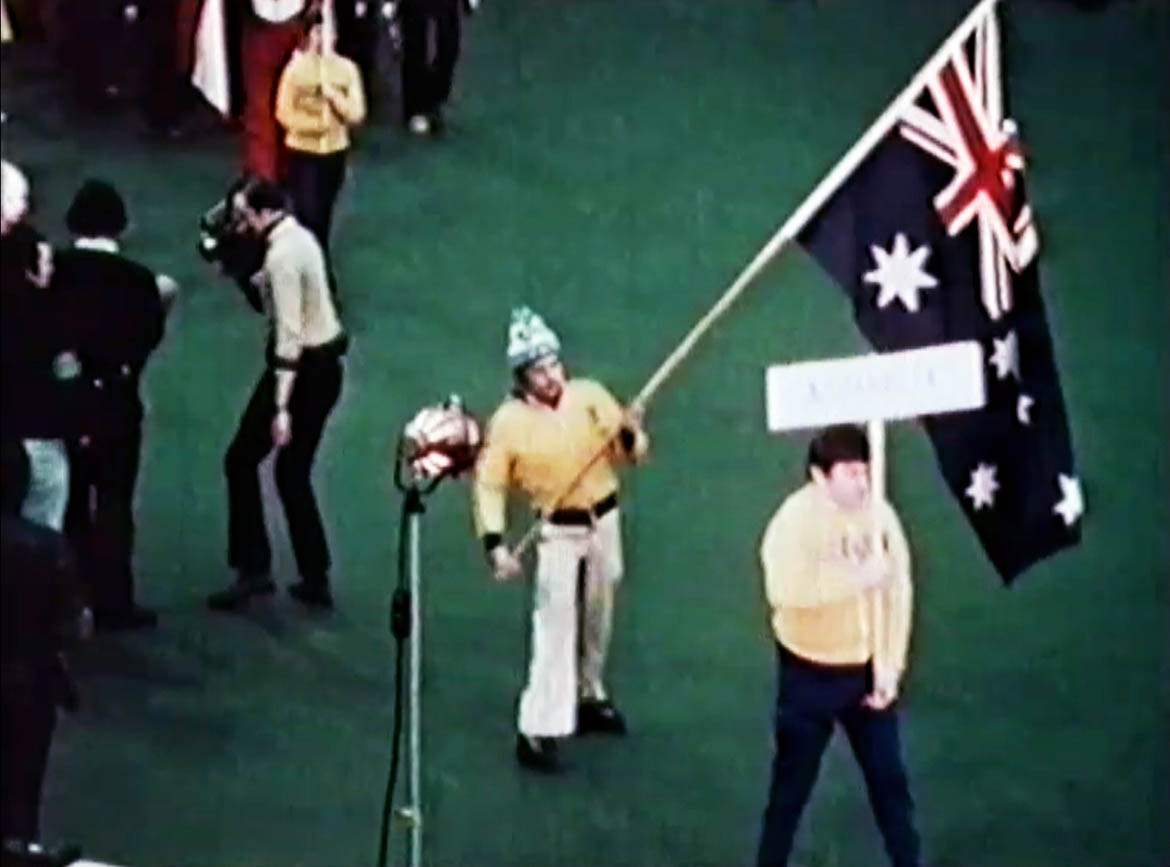 Ron Finneran carries the Australian flag in the opening ceremony of the first Paralympic Winter Games in Ornskoldsvik, Sweden. Although entered for the Games, Finneran was subsequently told that he could not compete, as there were no events for athletes with polio, which was classified as a spinal class. Finneran skied as a forerunner but did not compete.
This image is a still from film of the opening ceremony.