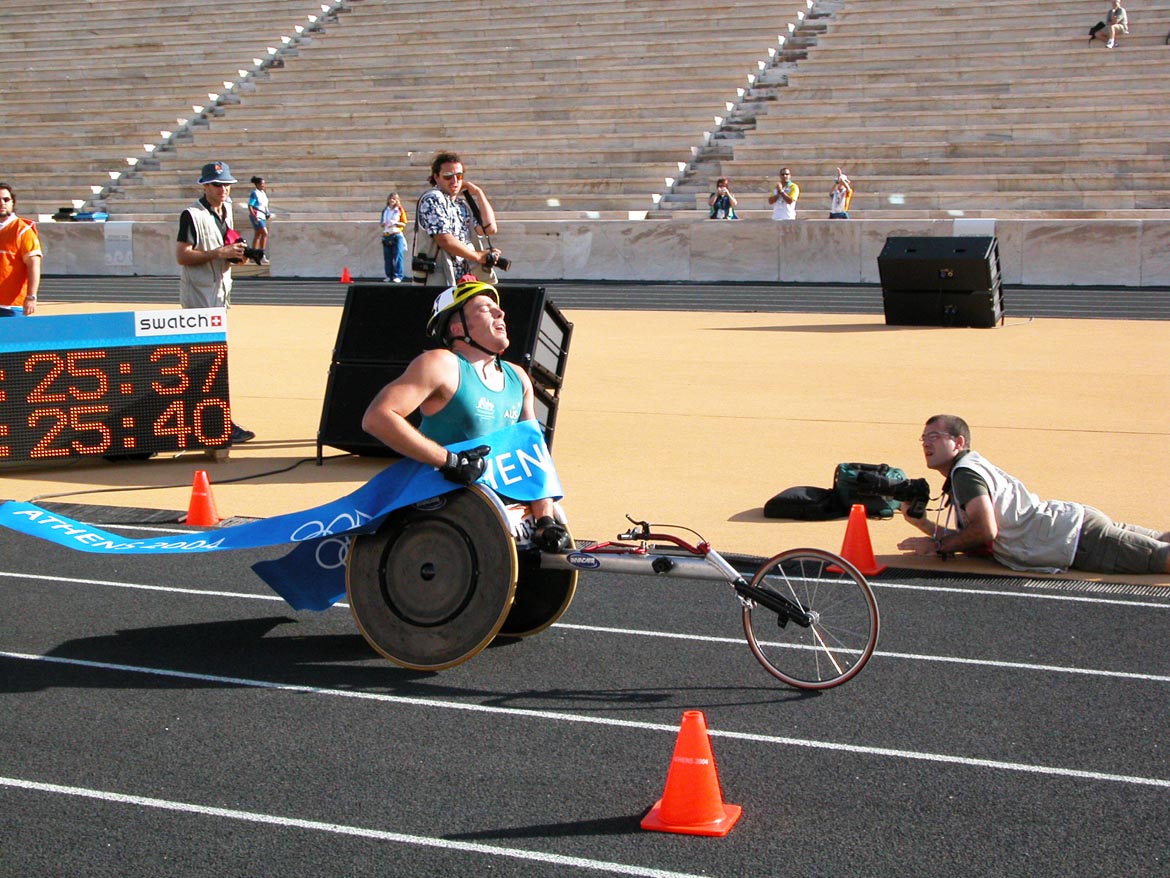 Exhaustion is written in the face and body of Kurt Fearnley as he crosses the line to win the T54 wheelchair marathon at the Athens summer Paralympics. Fearnley left the pack on a climb with about 7km to go and then pushed the last 5km with one tyre punctured. Although the tyre retained some pressure, it made the chair unbalanced and the pushing effort so much greater. It was the race that established Fearnley as the pre-eminent wheelchair distance racer. Some time after Fearnley had recovered and left the scene, the ambulant athletes entered the stadium, including vision-impaired runner Roy Daniell, who improved on his bronze medal in Sydney in 2000 with a gutsy silver medal. The marathon started in the village of Marathon and ended in the historic, marble Panathenaic Stadium, originally built in 331BC and the main venue for the first modern Olympic Games, in 1896.