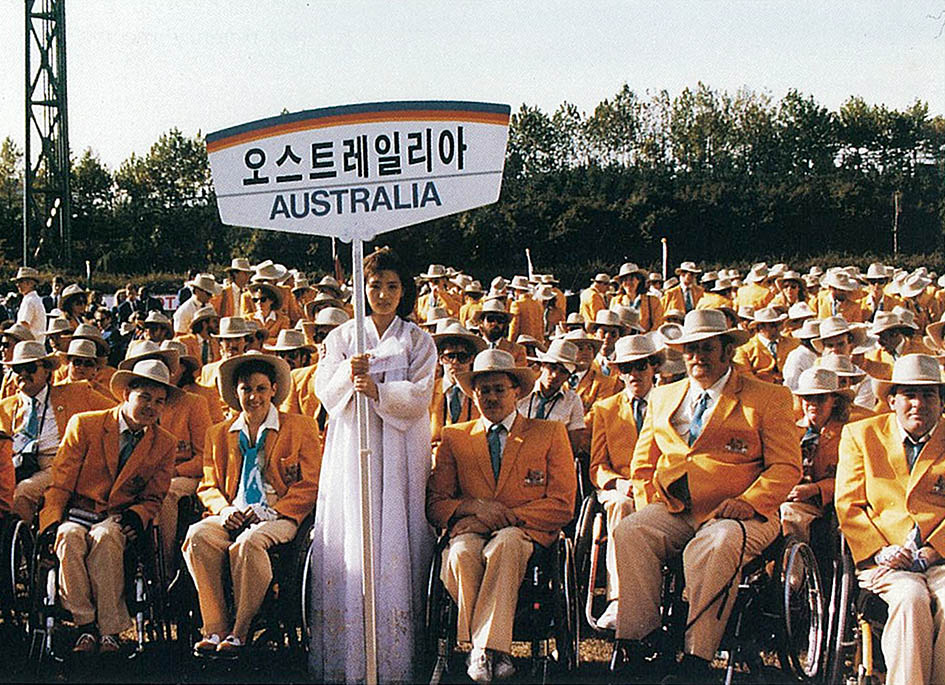 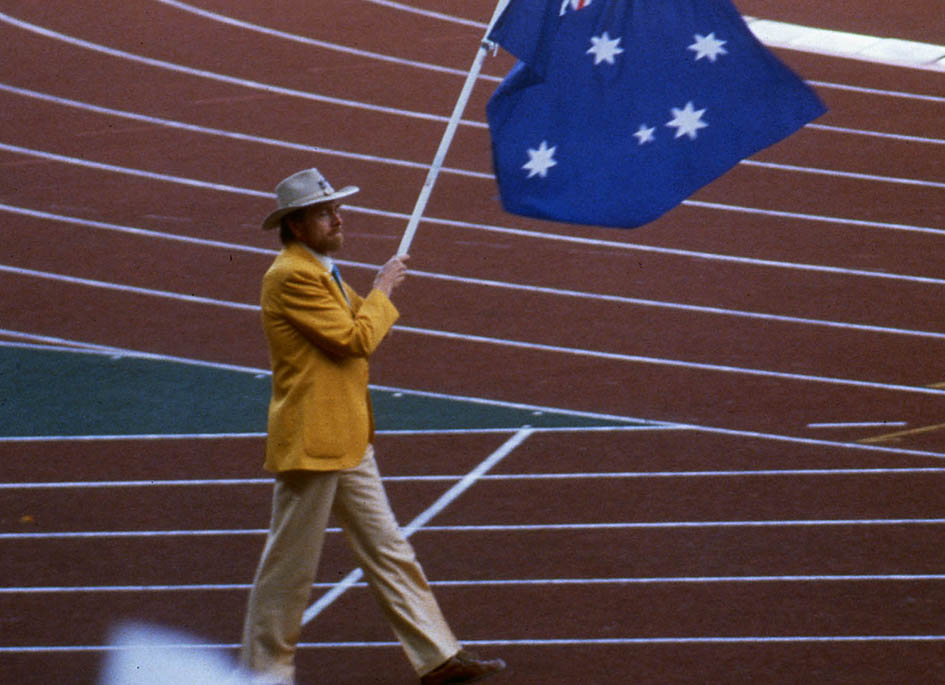 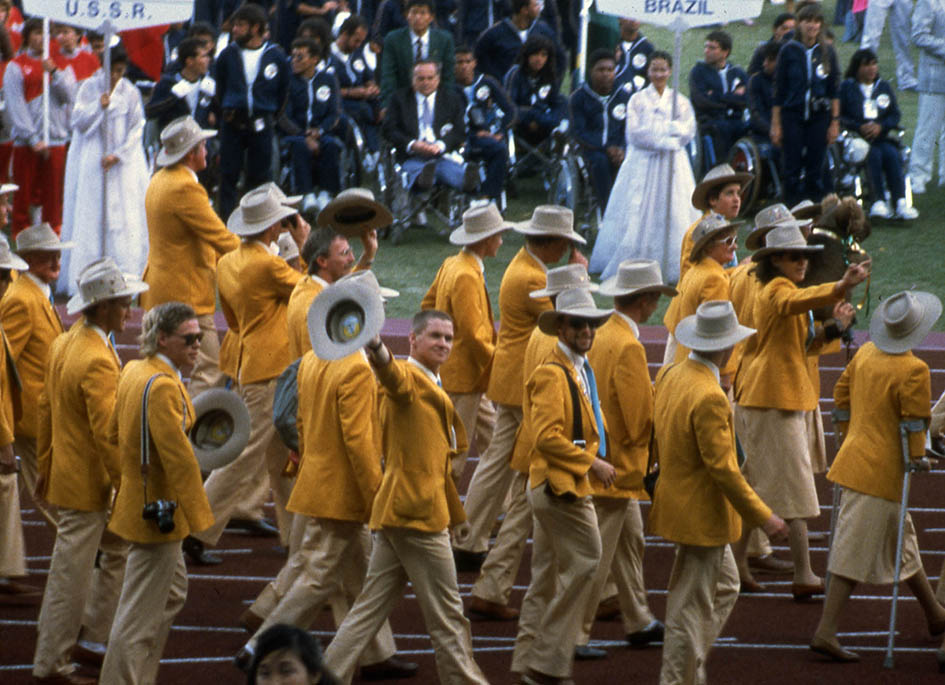 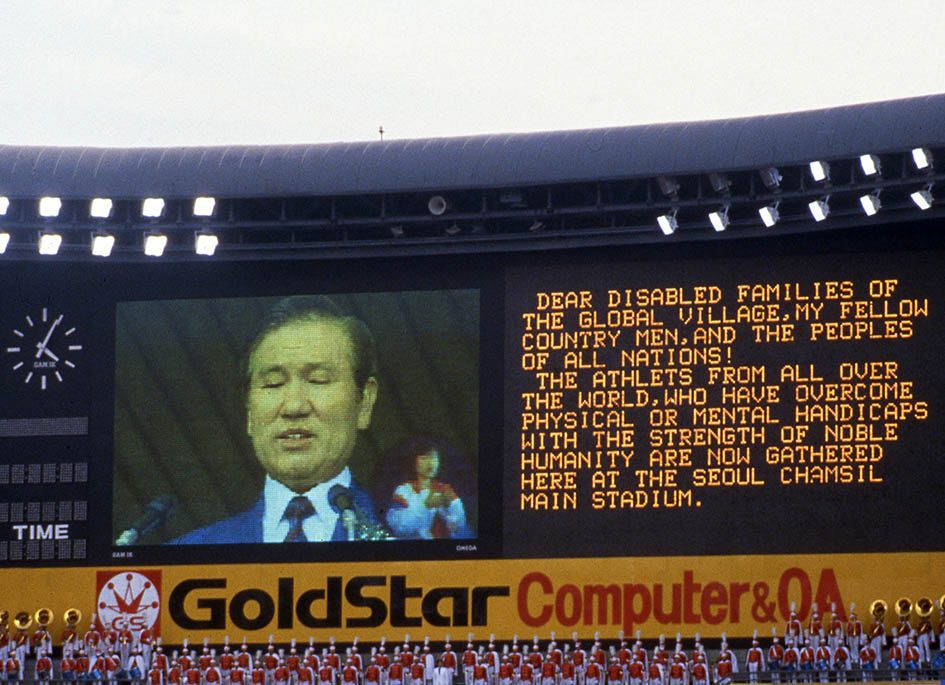 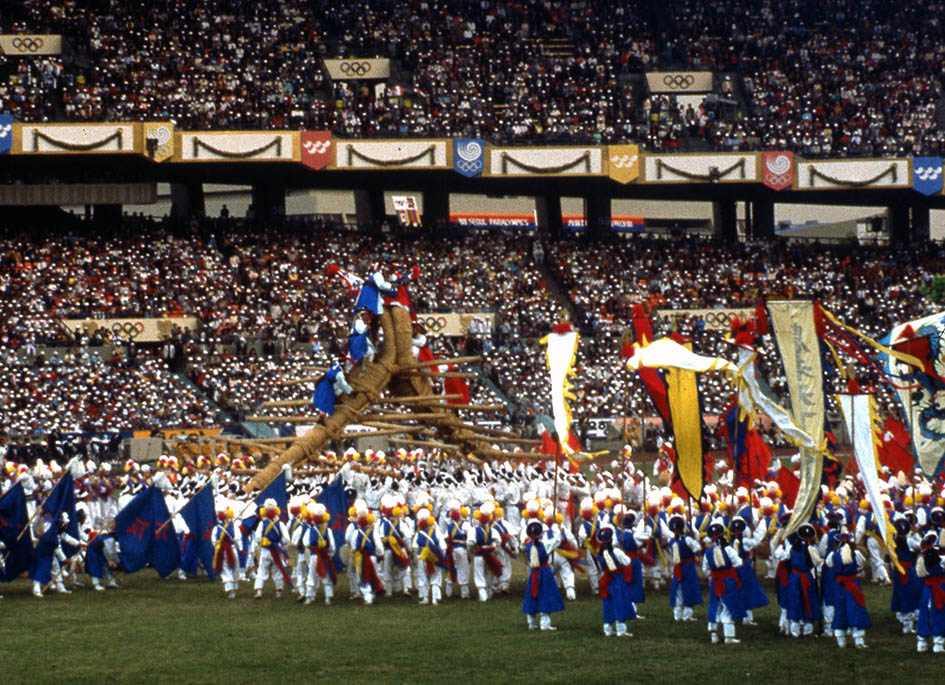 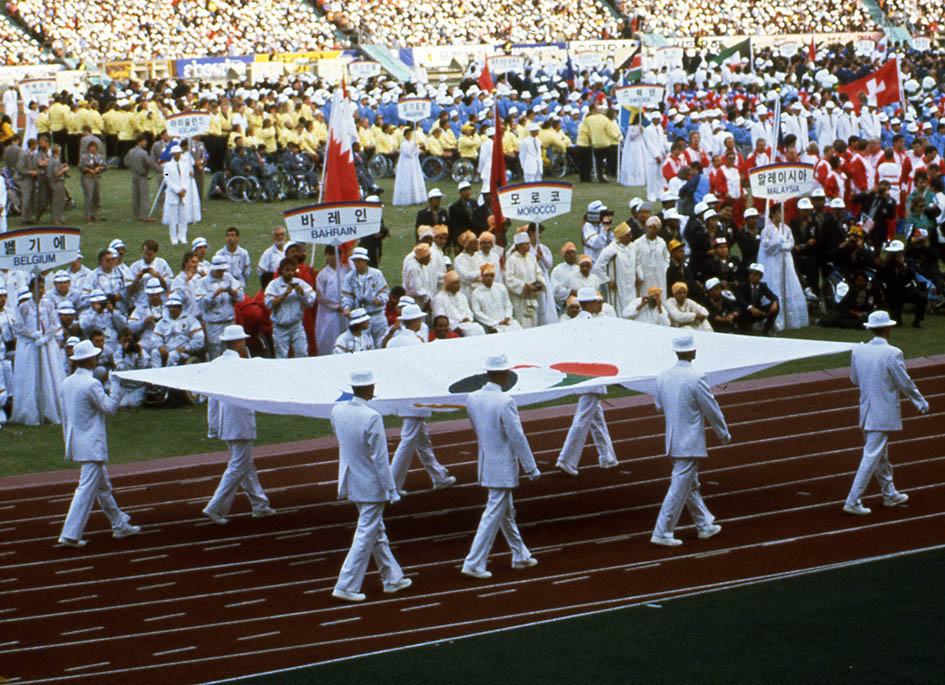 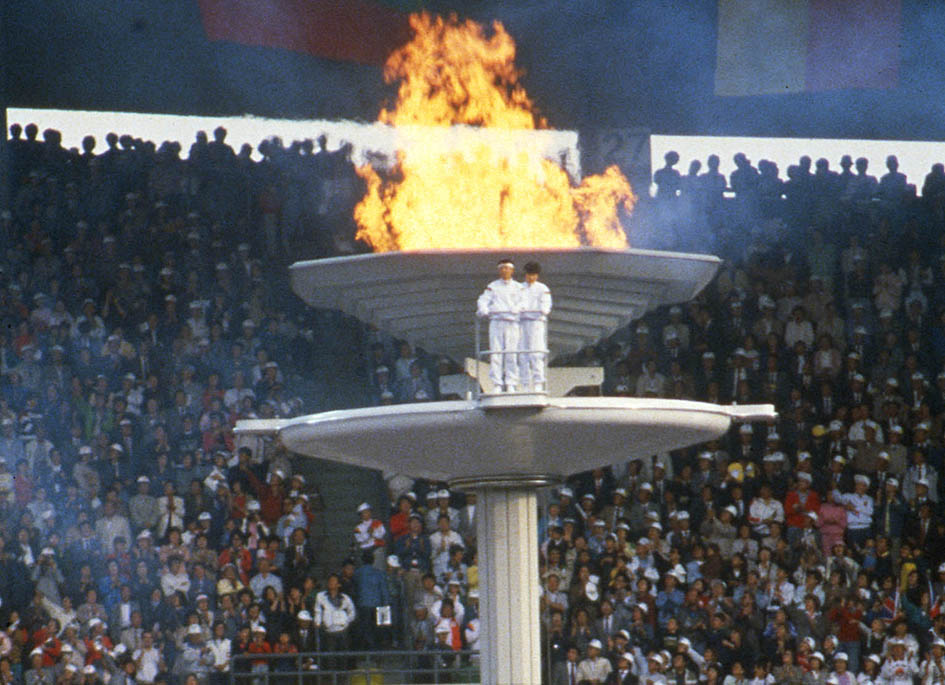 The spectatular Opening Ceremony of the 1988 summer Paralympics took place in the then Chamshil Stadium, also the athletics stadium for the Games, in front of more than 75,000 spectators. It was on a scale that was unprecedented for the Paralympics and included the ceremonial elements associated with the Olympics, such as the parade of athletes led by their nation’s flag bearer, the parade of the Paralympic flag, lighting of the cauldron, the obligatory speeches and large scale entertainment. Paul Croft was the flag bearer for the Australian Team.