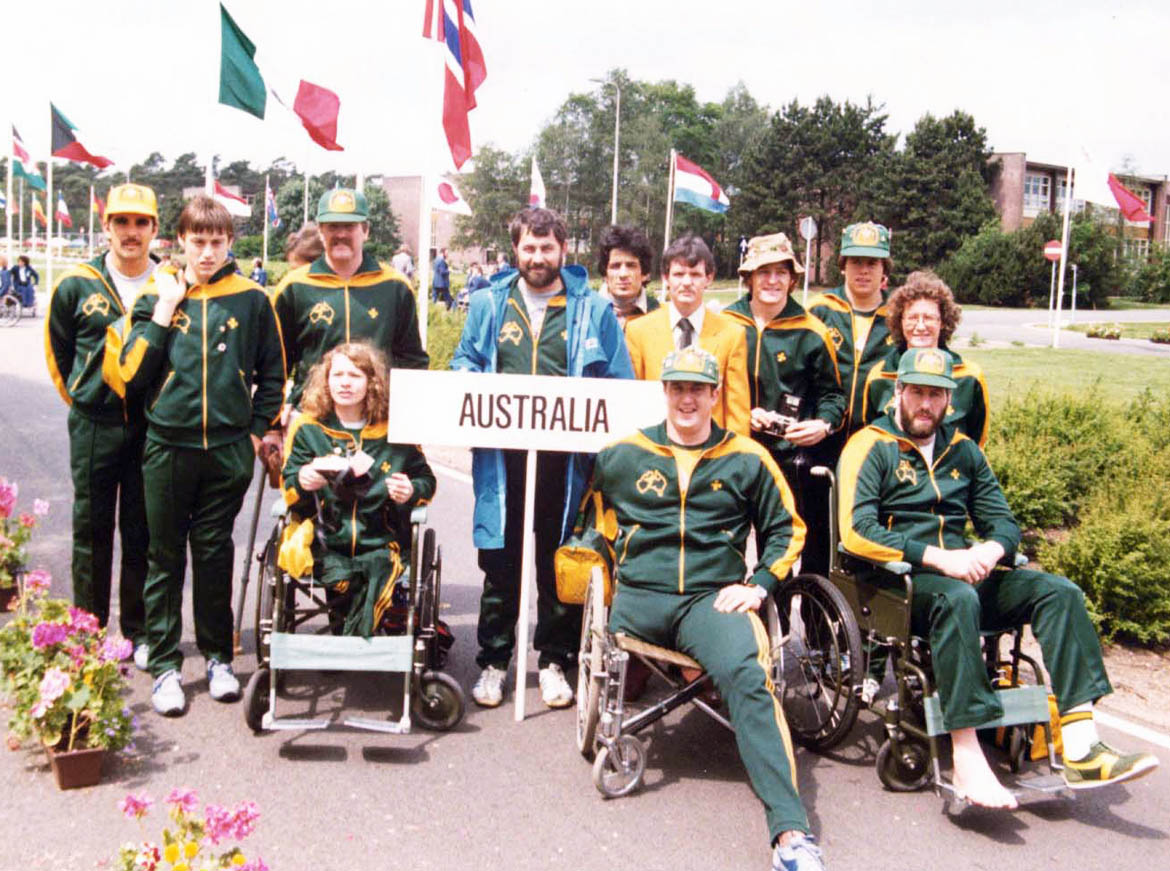 The 1980 summer Paralympics was the second to include athletes from a range of disability groups. However, the Australian team was divided into teams within the team. At the opening ceremony, only wheelchair team members and their officials were allowed to march. As an accommodation, amputee athlete Joe Egan carried the Australian flag in the opening ceremony. Joe is seen here with other members of the amputee team after the opening ceremony. Only those who marched wore the team formal uniform that day. Left to right: Paul Bird, Gary Gudgeon, Peter Carroll, Maureen Pybus (sitting), x Roberts (amputee team manager), Miguel Andres (face at back), Joe Egan (in yellow blazer), Charlie Tapscott (in chair), Barry Kalms (with camera), Wayne Lanham (green cap), unknown physiotherapist (female), Donald Dann (in chair).

Author: Image from the personal collection of Paul Bird.