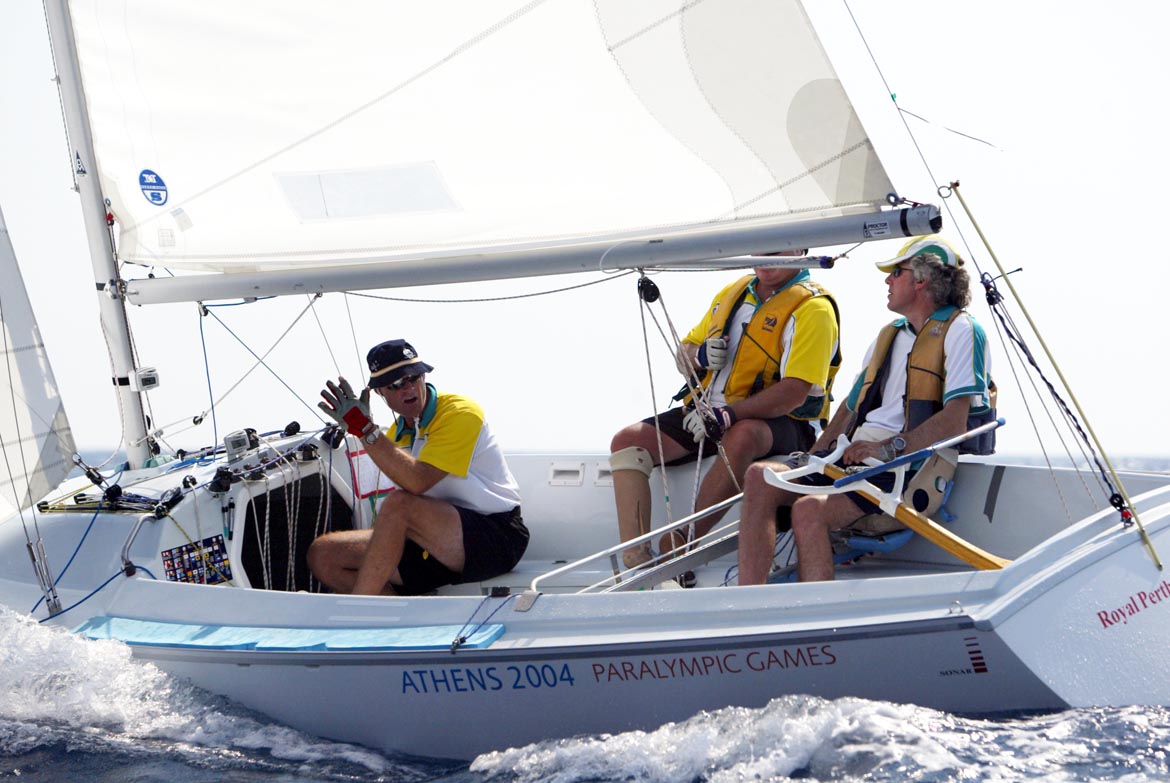 The Australian Sonar crew of Jamie Dunross, Colin Harrison and Jeff Milligan discuss tactics during a race at the Athens summer Paralympics. At the 2000 Paralympics, Australia had won gold in this class with Noel Robins at the helm. After Robins’ death in 2003, Dunross took over as skipper and the crew missed the medals by just 7 points in a very open regatta in Athens. Dunross later went on to become the first person with quadriplegia to sail solo around Australia. In the this Sonar boat, he was strapped into a swinging, cantilevered chair which allowed him to move from side to side in the boat staying oriented to the front and keeping hold of the tiller.