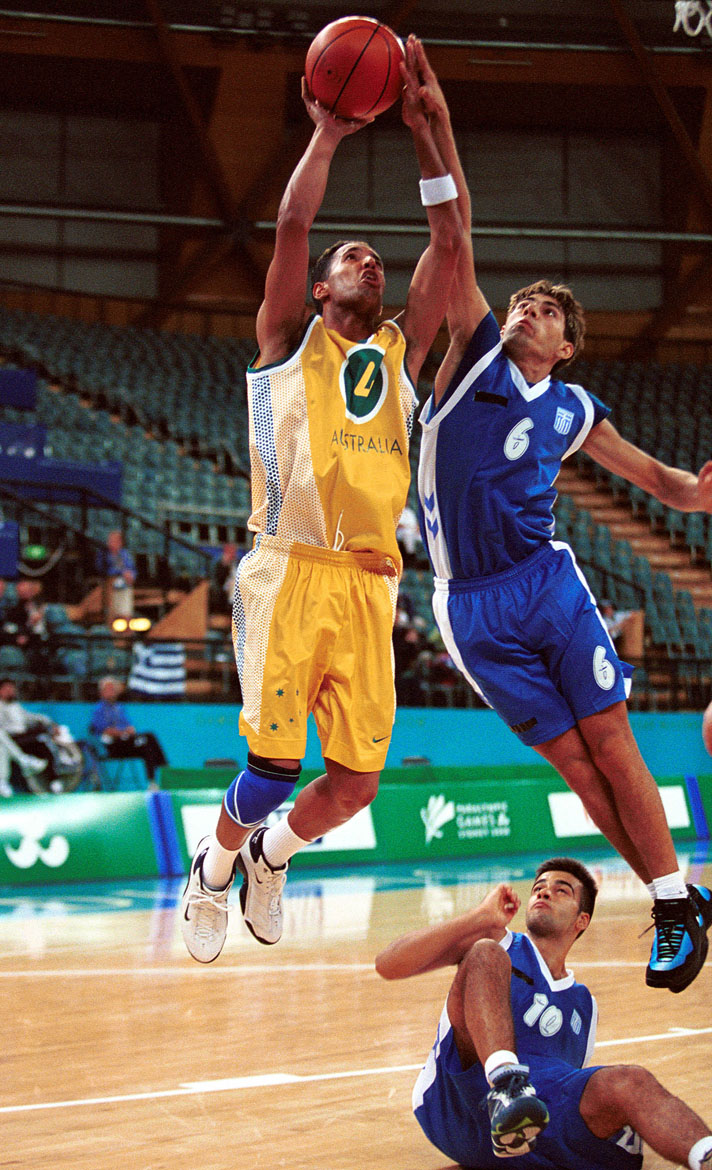 It looks as if Nick Maroney is going to the free throw line as he is fouled taking it hard to the basket against Greece in a game during the basketball for athletes with an intellectual disability competition at the 2000 Sydney Paralympics. Australia defeated Greece 90-26 for its only win of the tournament and didn’t progress beyond pool play, finishing sixth. The event was flooded with controversy after the Games when it was revealed that members of the gold medal winning Spanish team had cheated and didn’t have an intellectual disability. The fallout affected all athletes with an intellectual disability as they were barred from the Paralympics, not returning until until 2012.