And running legs were still a work in progress 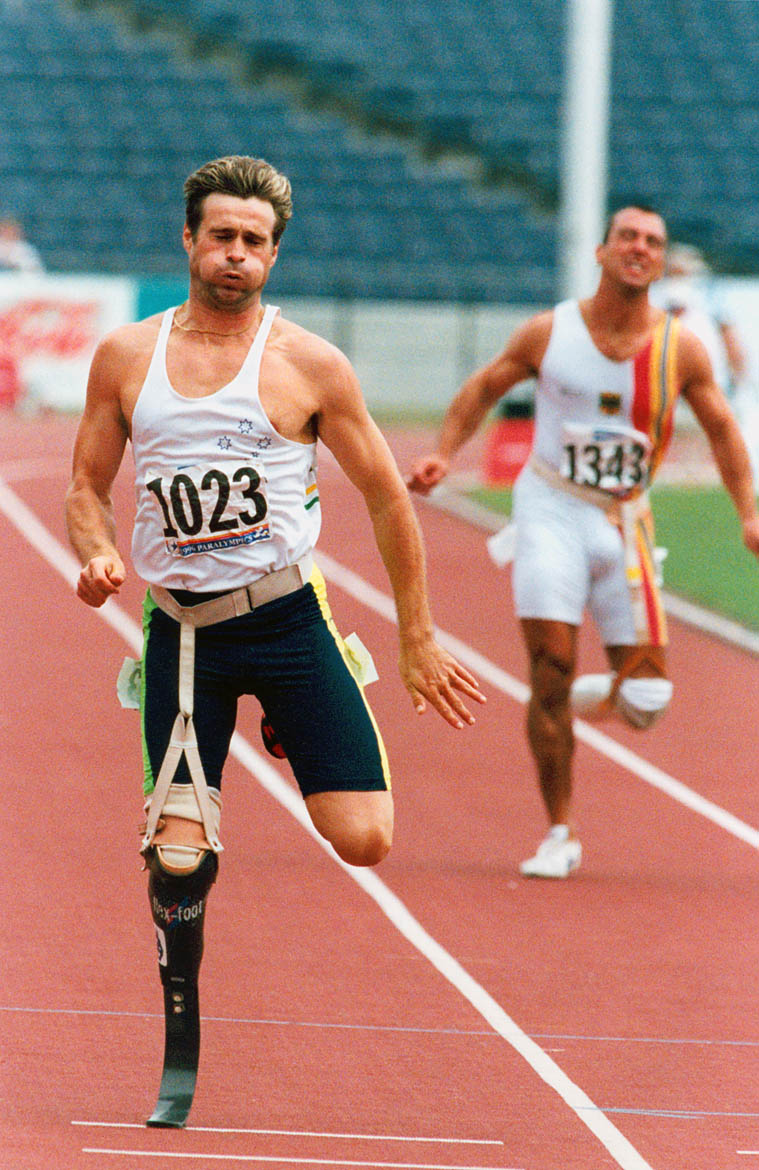 Australian athlete Neil Fuller on his way to a silver medal in the T44 200m event at the 1996 Atlanta Paralympic Games. At his second Games, Fuller won silver in each of the sprints (100m and 200m) and his second of 3 consecutive gold medals in the 4X100m relay. Fuller’s ‘blade’ running leg was on the way to its current form, even if the strapping to hold it in place was possibly not the most elegant. By the time he hung up his running shoe and blade after the 2004 Games, Fuller had won 15 Paralympic medals, 6 of them gold.