Natalie Cordowiner continued the tradition of archers and their hats 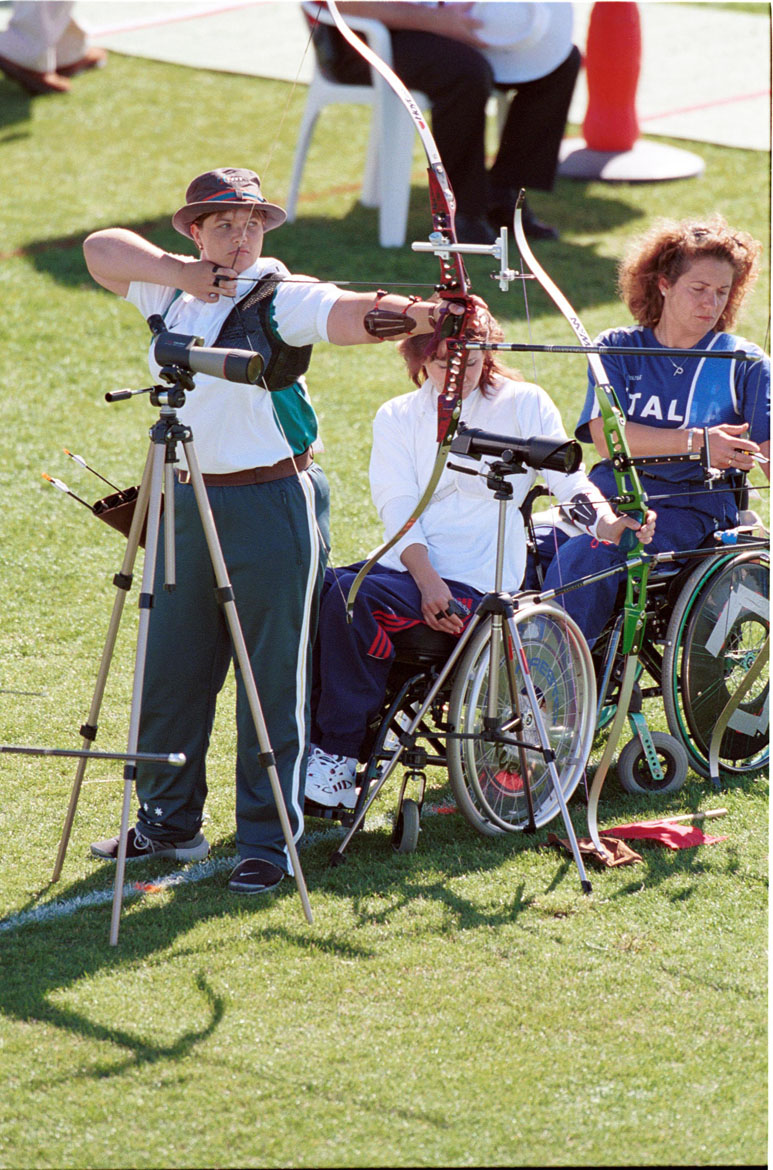 Natalie Cordowiner was Australia’s only female Paralympic archer at the Sydney summer Paralympics. She was eliminated in the quarterfinals by four points by the eventual winner, Anita Chapman, from the UK. In 2004, Cordowiner made the final selection event for the Australian Olympic team, but was not selected. She competed at the 2004 Paralympics, again being eliminated by the eventual winner, that time in the round of 16. Cordowiner’s hat was actually part of the 2000 Australian team uniform.