Move over Elizabeth, as young Anne makes a splash 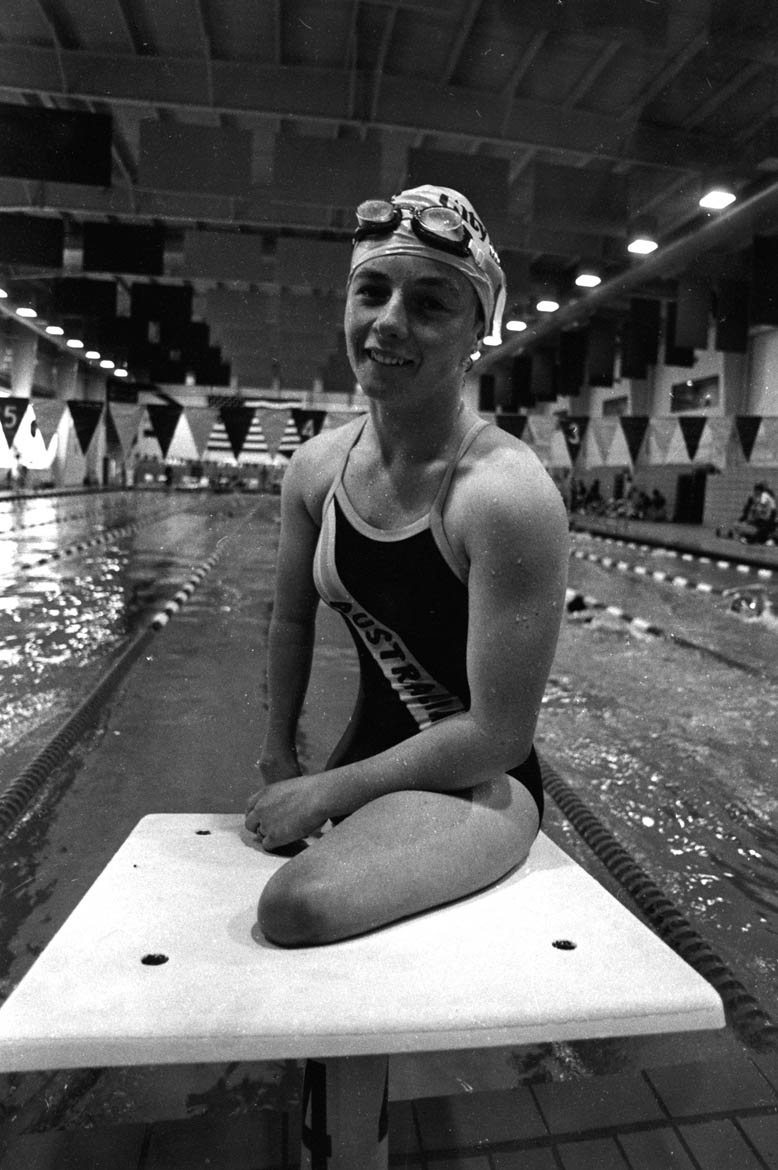 Anne Currie (now Brunell) poses on the blocks during a training session at the 1984 Paralympic Games in New York. When she won her bronze medal in the Class A1 100m freestyle, a few weeks short of her 14th birthday, she became Australia’s youngest Paralympic medalist, although Elizabeth Edmondson, who was also 14 in 1964, remained the youngest gold medalist until both were surpassed in 2012 by 13 year old Maddison Elliott.