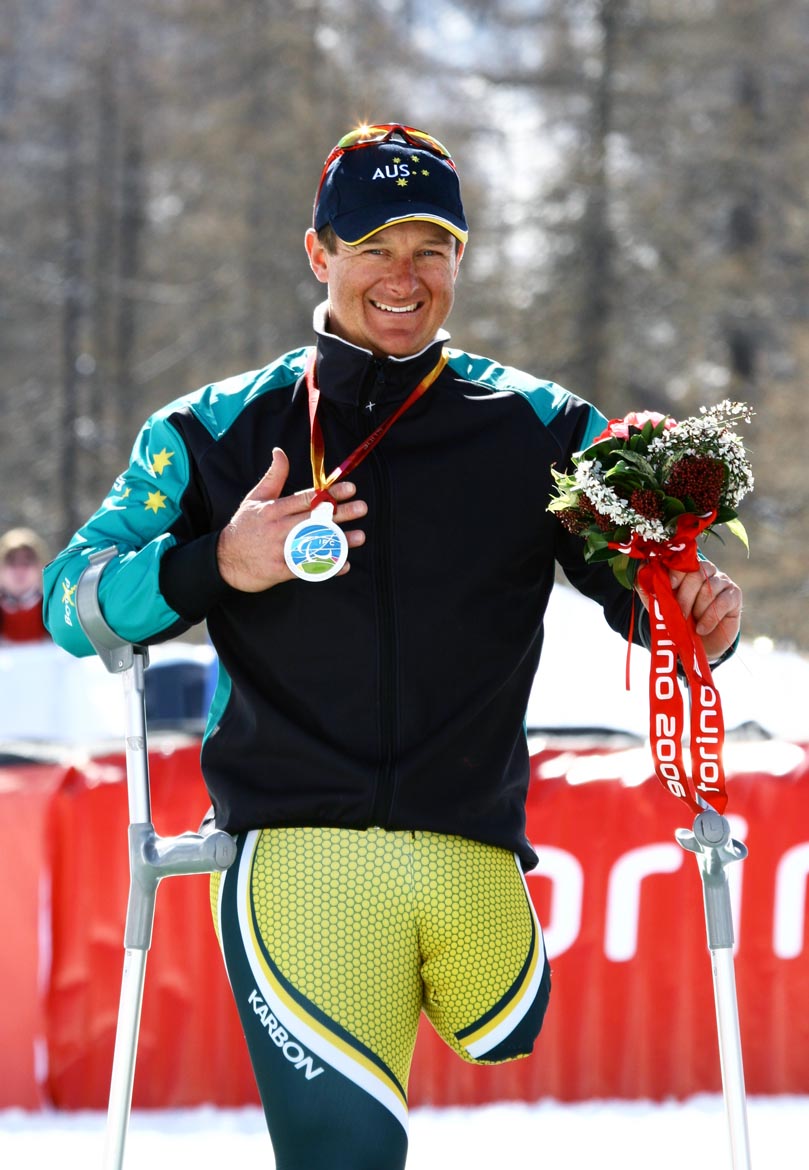 Michael Milton took out silver in the men’s standing downhill event from a field of 49 skiers in the alpine skiing at the Torino winter Paralympics. Changes to the competition structure for the Torino Games meant that all standing skiers competed for one gold medal, with a factoring system, based on historical performances, used to standardise times and determine the winners. After sweeping the four alpine skiing events in his class at the 2002 winter Paralympics, Milton knew that to reach the podium in any event in Torino would be a huge achievement. While most alpine skiers have a preference either for speed events (the downhill or the super-G) or for technical events (slalom and giant slalom), Milton’s 11 career Paralympic medals were evenly split among each of the four events that made up the alpine skiing program, highlighting his versatility.