Logo of the 1980 ‘Olympic Games for the Disabled’ 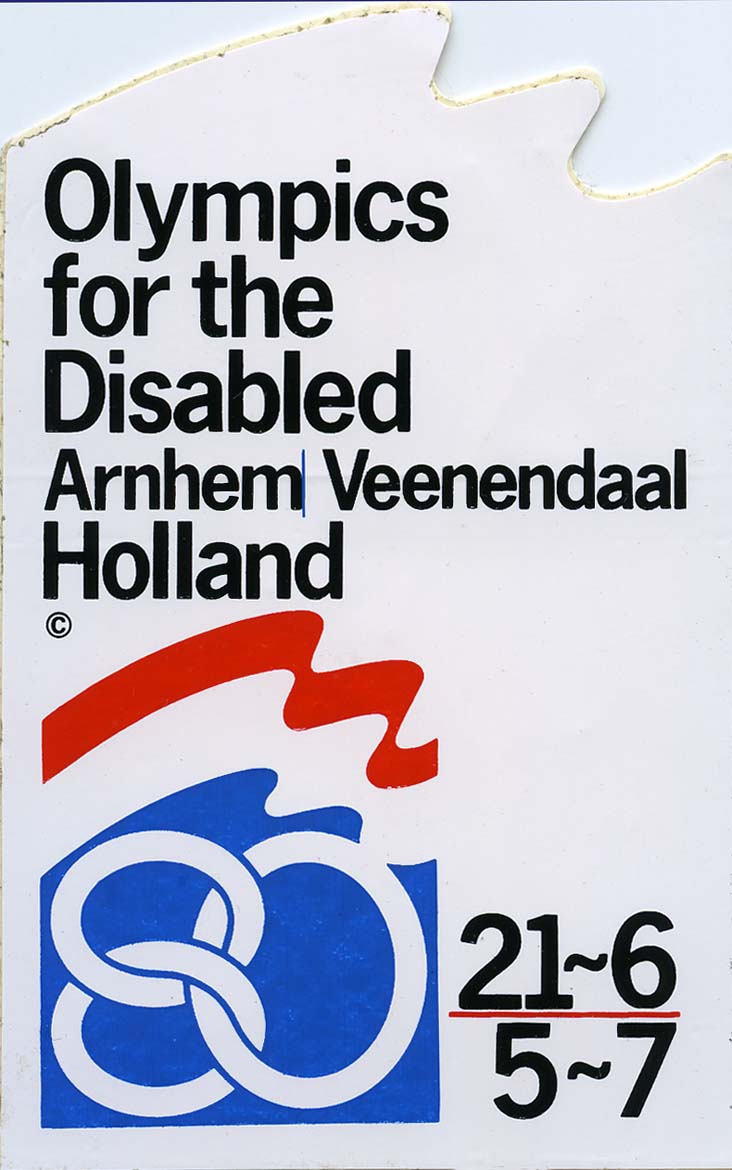 Although the word ‘Paralympic’ had been in use since the 1950s, the Paralympic movement was very keen to maintain a link with the concept of the Olympic Games and hence the 1980 games were called the ‘Olympic Games for the Disabled’. The Games’ logo represents an unfurled Dutch flag adorned with the number ‘80’ to represent the year of the Games. The ‘80’ is also made up of three interlocking rings, meant to represent Friendship, Unity and Sportsmanship. In previous Games these rings had been represented by wheels. (Information about the logo from the ‘Paralympic Anorak’ website.)