Libby Kosmala led the Australian team into the opening ceremony 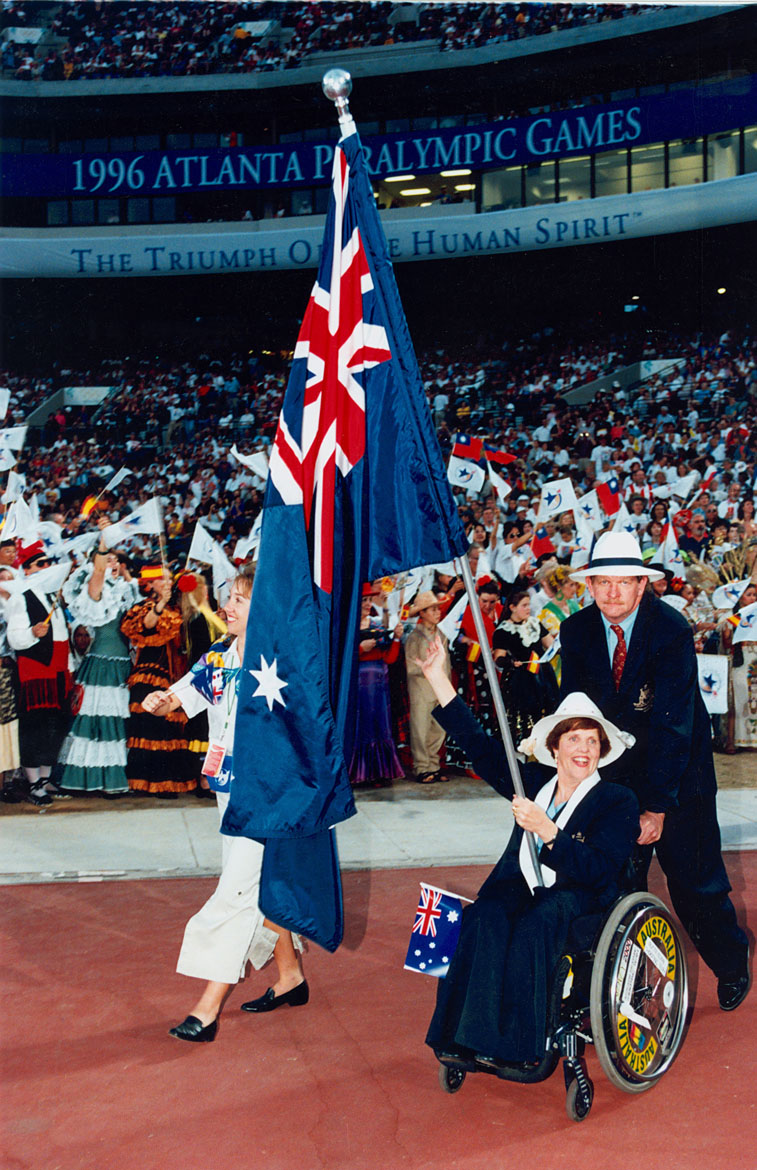 Libby Kosmala carries the flag for Australia in the opening ceremony at the 1996 Atlanta Paralympic Games – her seventh as an athlete – assisted by wheelchair basketball mechanic Graham Gould. Kosmala had won medals at 5 of the previous 6 summer Games, including gold at 4 of the previous 5 Games and was already seen as one of Australia’s greatest Paralympians. She would go on to compete at a further 5 Games after 1996, through to Rio in 2016, making her the only person to compete at all but the first two of first 15 summer Paralympic Games.