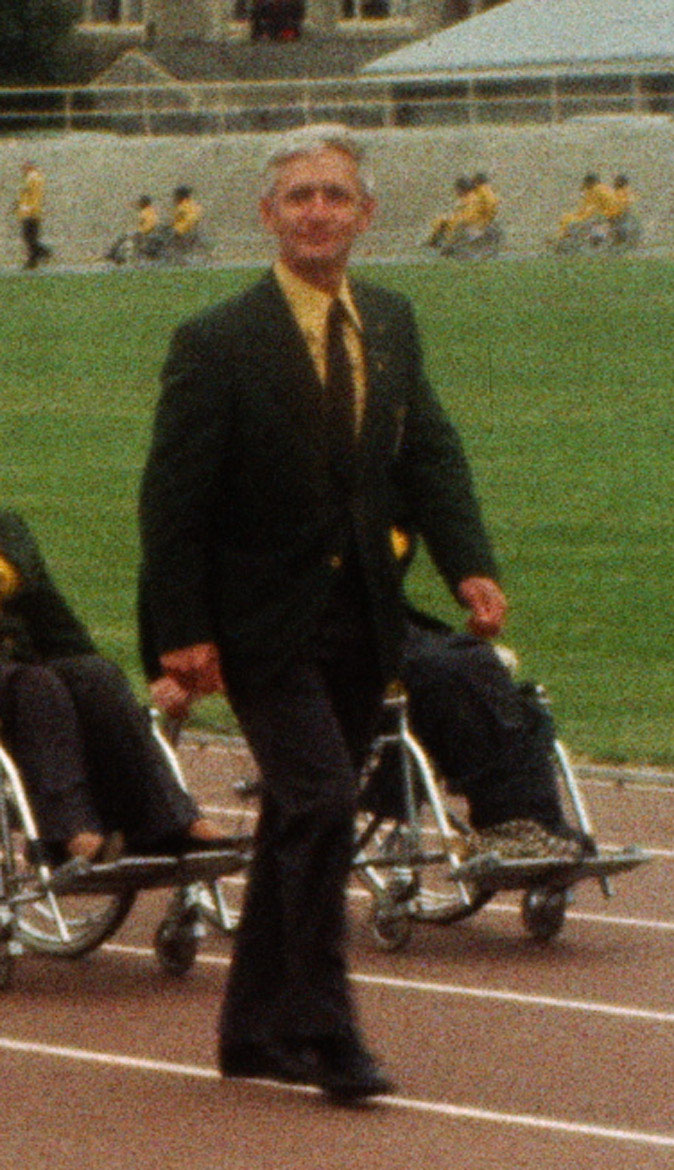 Kevin Betts was appointed as a remedial gymnast when the spinal unit opened in 1957 and for the next 33 years, until his death in 1990, he was a major figure in the Paralympic movement in Australia and internationally. From 1960 to 1990, Betts held positions with every Australian team at international events – Paralympic Games, Commonwealth Paraplegic Games, FESPIC Games, and Stoke Mandeville Games. He also held positions on many international and national committees. During the Stoke Mandeville Games, Betts held court in the “Australian Embassy” – a caravan – known as the centre of much international goodwill. In September 2012, Mount Wilga Private Hospital officially opened a new wing, named after Betts.