Katrina Webb had a great story and a great Games 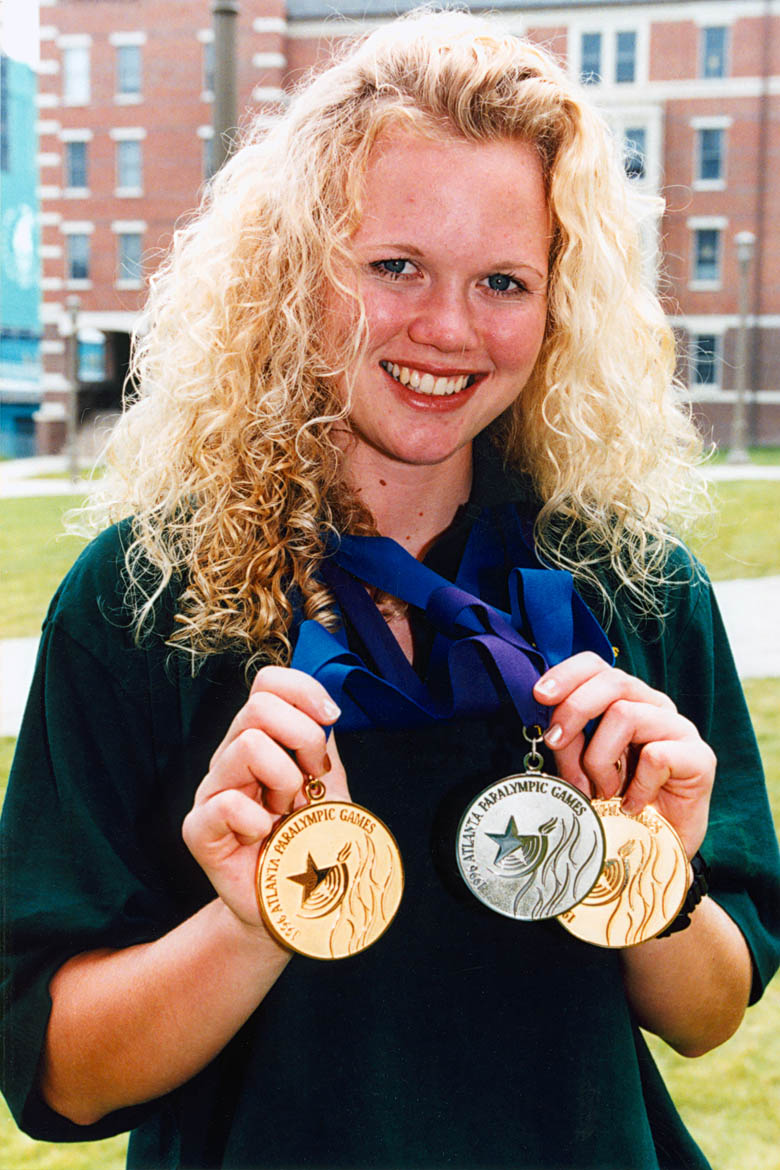 Katrina Webb was a netballer at the Australian Institute of Sport (AIS) and had recurring injury problems due to weakness in one leg. Her parents had not told her that she had been diagnosed with cerebral palsy as a young child. When she was diagnosed again at the AIS, athletics coach Chris Nunn suggested that she try Para-athletics. Less than two years later, at the Atlanta 1996 Paralympic Games, she won two gold and one silver medal. Webb attracted criticism because she didn’t appear ‘disabled enough’. She achieved more success at the 2000 Sydney Games and has gone on to be an advocate and representative for disability in Australia and internationally.