Just the one Aussie flag carried at the Stoke Mandeville opening 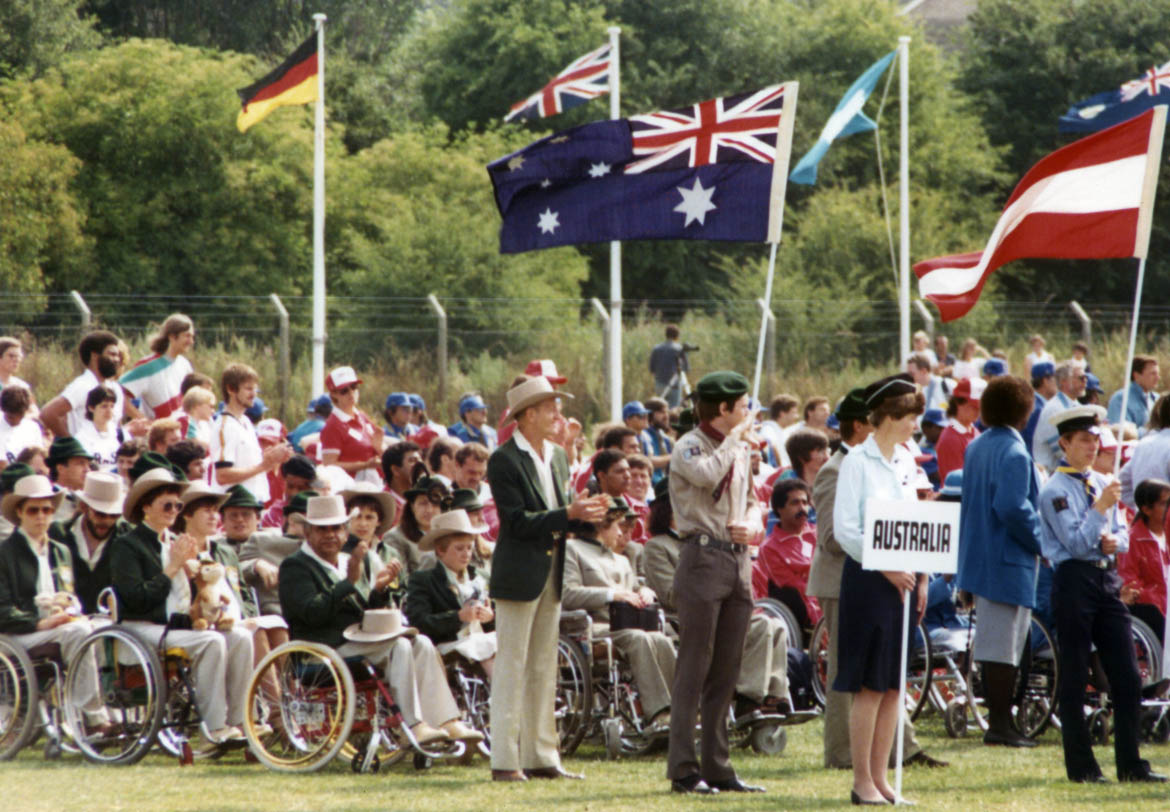 Members of the Australian Team applaud during the opening ceremony of the 1984 summer Paralympics in Stoke Mandeville. Team captain Kevin Coombs has an Akubra hat on his lap which he will later present to Prince Charles, who opened the Games. At this Games, the flag bearer was not a member of the Team. And, unlike the five flags carried by Australian Team Members at the opening ceremony in New York, just one entered the stadium in Stoke Mandeville.

Author: Image donated from the personal collection of Eric and Julie Russell to the Australian Paralympic Committee.