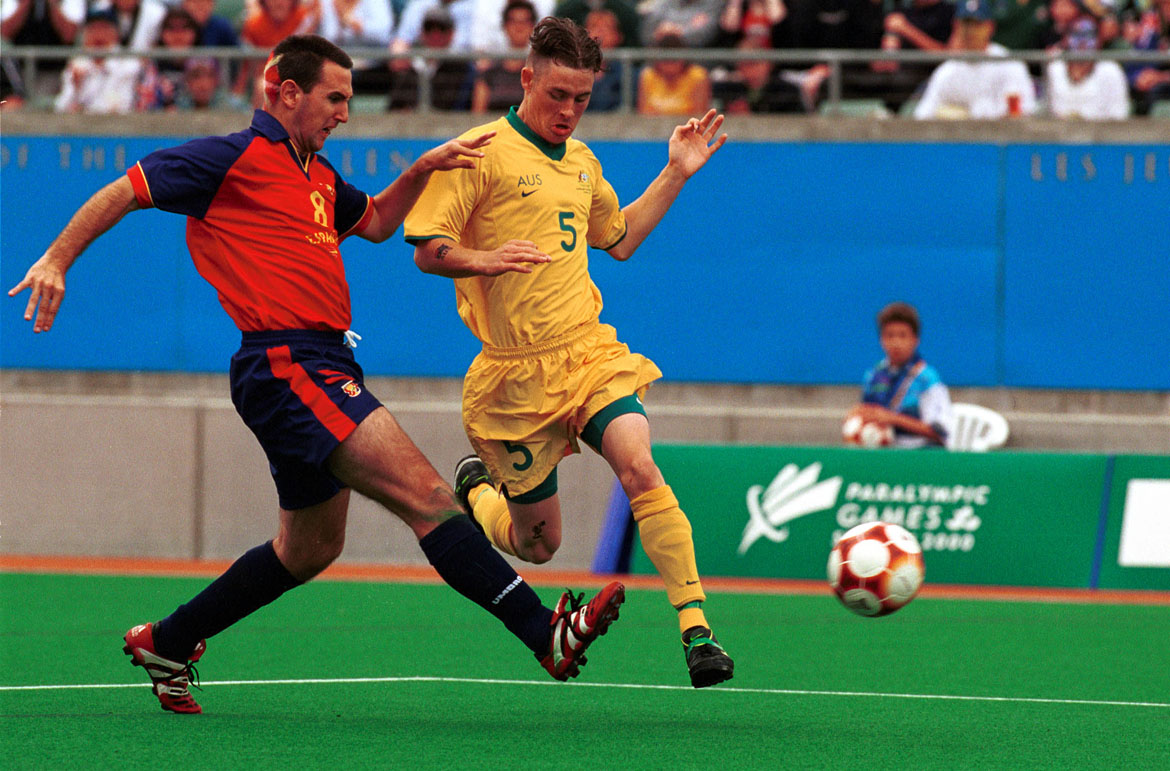 Jason Rand competes for the ball during Australia’s game against Spain during the 7-a-side football at the 2000 Sydney Paralympics. The Drillers, as the Australian team was then known, lost all three pool games and didn’t advance. The game against Spain was a thriller, with Australia going down 0-1. It was the second appearance for Australia in 7-a-side football, the first being at the 1988 Paralympics. However, for all of the Drillers’ players, it was their first and only appearance.