Hands up who’s here to win? 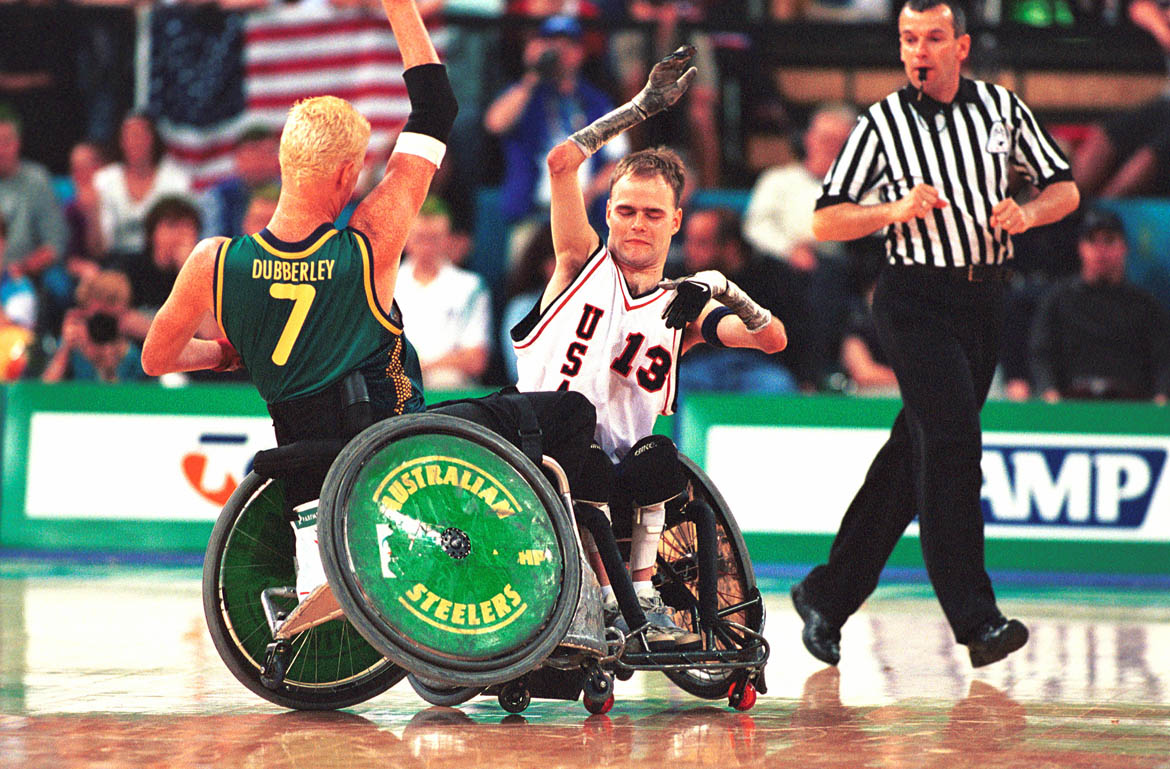 Australia’s Brad Dubberley clashes with the USA’s Cliff Chunn during the wheelchair rugby gold medal game at the 2000 summer Paralympics. Just 19 years old, Dubberley was one of the stars of the Australian team. A ‘high pointer’, Dubberley was a primary ball carrier and a master of the big hit in defence. Chunn was a ‘mid pointer’, who played a more tactical role, while his skill and length gave him an edge against any opponent. Both were key players in the final, which was won by the USA 32-31.