Grunnsund goes from winter to summer, the hard way 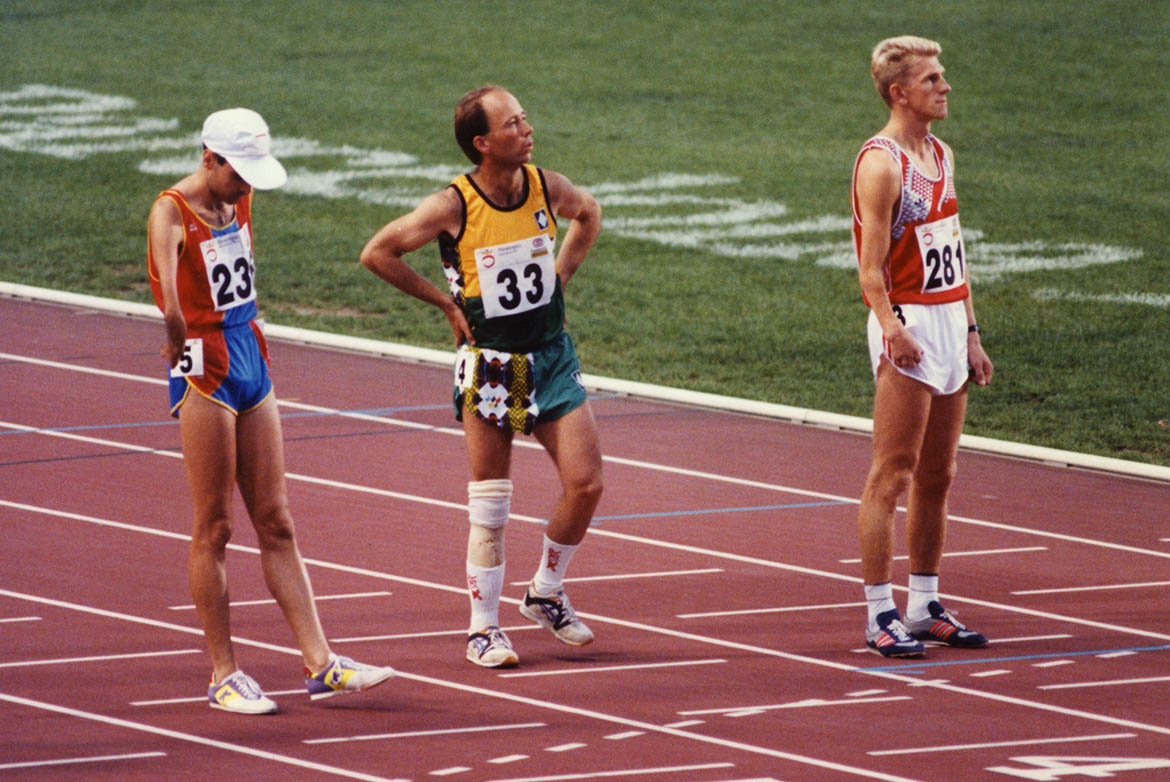 Australian athlete Kyrra Grunnsund (centre) at the start of the 10k race for amputees at the Barcelona 1992 Paralympic Games. As the only leg amputee athlete in the race, Grunnsund was at a distinct disadvantage and finished in last place. He had also competed in alpine skiing at the winter Paralympics earlier in the year and thus became the first Australian to compete in the winter and the summer Paralympics and the only Australian ever to compete at the winter and summer Games in the same year, a feat that can never be repeated, as the Games are now two years apart.