Even scarier on one leg? Milto eats up the downhill. 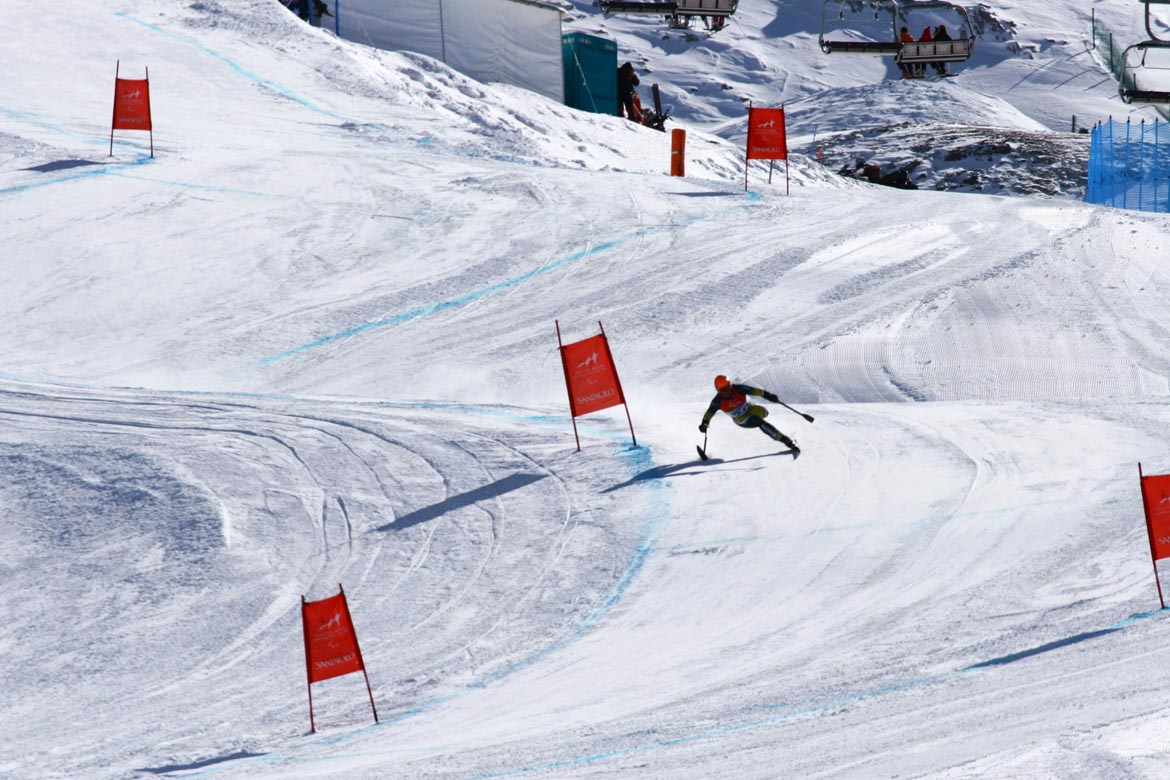 Australia’s most successful winter Paralympian, Michael Milton, had a reputation for rising to the big occasions. His performance to win a silver medal in the men’s standing downhill event from a field of 49 skiers in the alpine skiing at the Torino winter Paralympics was seen by many to be equal to his best. Changes to the competition structure for the Torino Games meant that all standing skiers competed for one gold medal, with a factoring system, based on historical performances, used to standardise times and determine the winners. The Australians believed that this was detrimental to its single legged skiers if the start was anything other than fast and steep (which it often wasn’t) or if the course was flat and technical, as it was more difficult for skiers on a single leg to develop or carry speed in those conditions.