Eric Russell puts everything into another gold medal performance 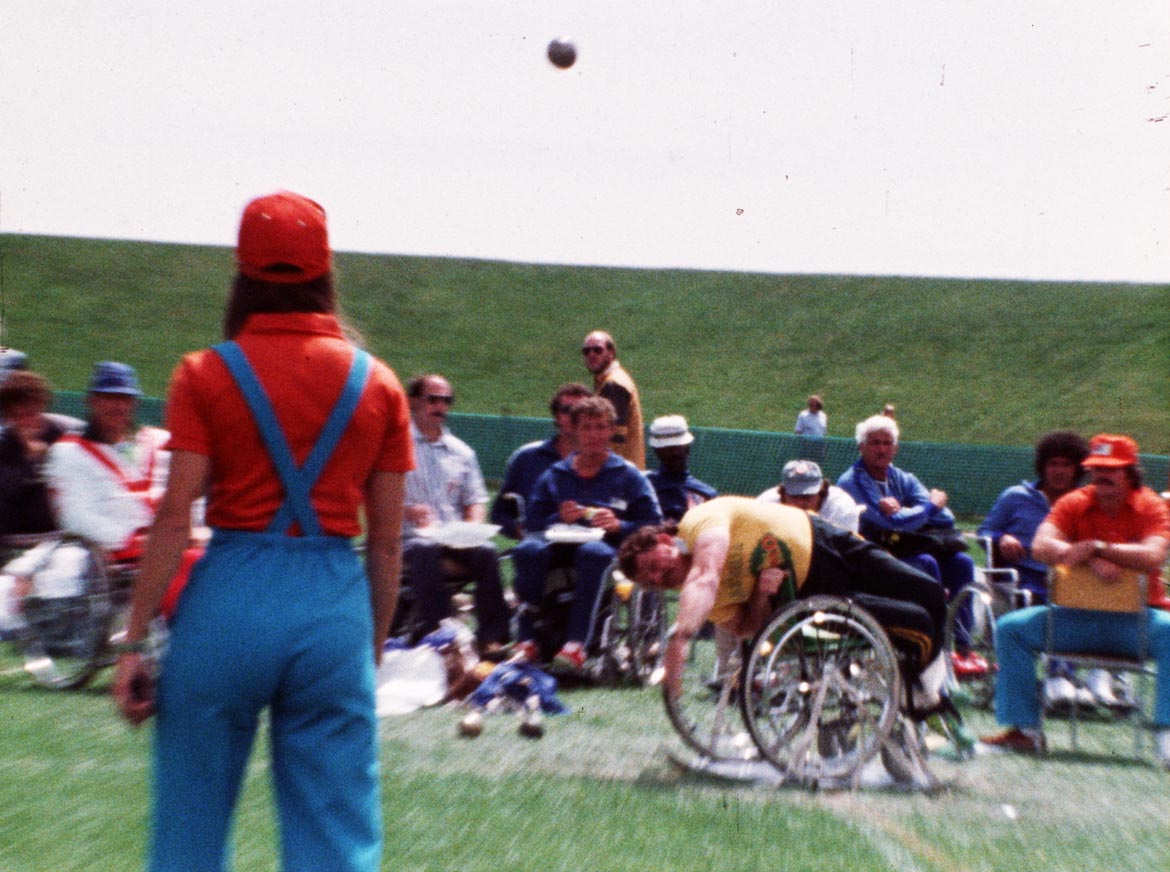 Australian athlete Eric Russell puts the shot during the 1976 summer Paralympics. Russell won the gold medal in this men’s Class 3 event. Russell’s chair is tethered to a metal plate on the grass to keep it relatively stable against the force of the throw. Since that time, improvements in tie-downs and the use of special seats for throwing, instead of sports wheelchairs, have made throws events safer for competitors and improved performances dramatically.