Pink was in fashion but so was gold for Donna Smith 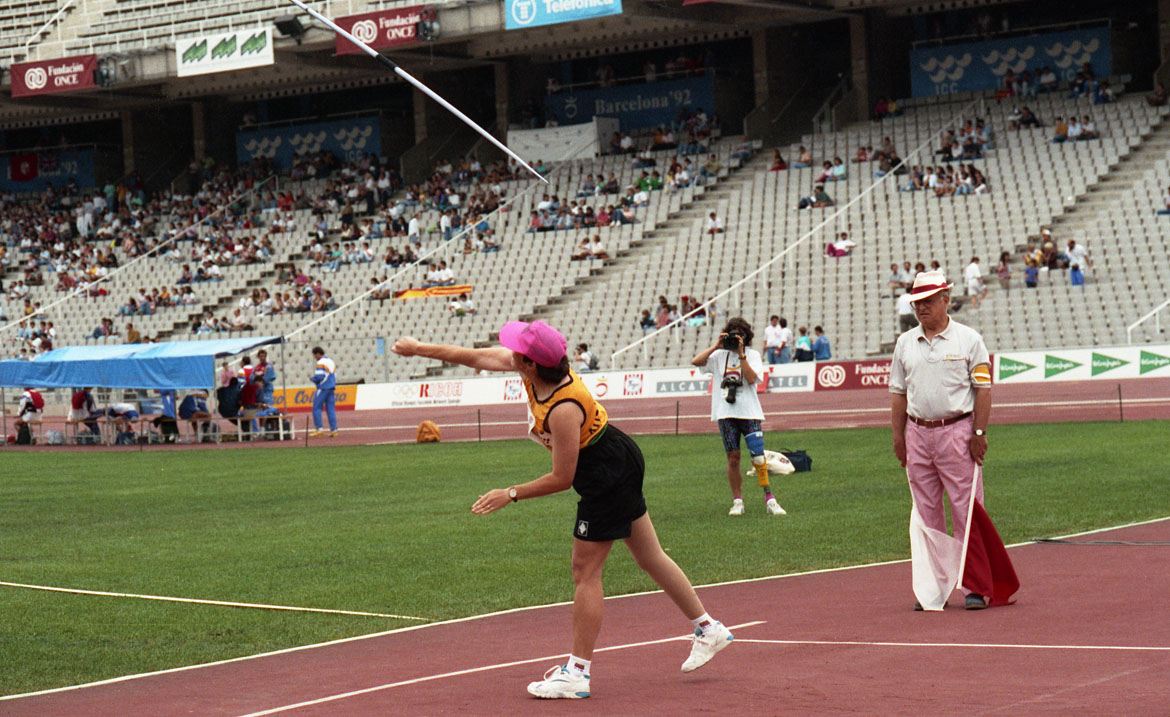 Australian athletics athlete Donna Smith throwing the javelin for the gold medal in the THS2 category at the Barcelona 1992 Paralympic Games. While some leg amputee athletes were wearing ‘blade’ prostheses in 1992, most, such as Smith, competed in older style legs that ended in a prosthetic foot, fitted into a standard shoe. The era of the high tech leg had not quite arrived.