Just a minute Peter Trotter, shouldn’t you be in Stoke Mandeville? 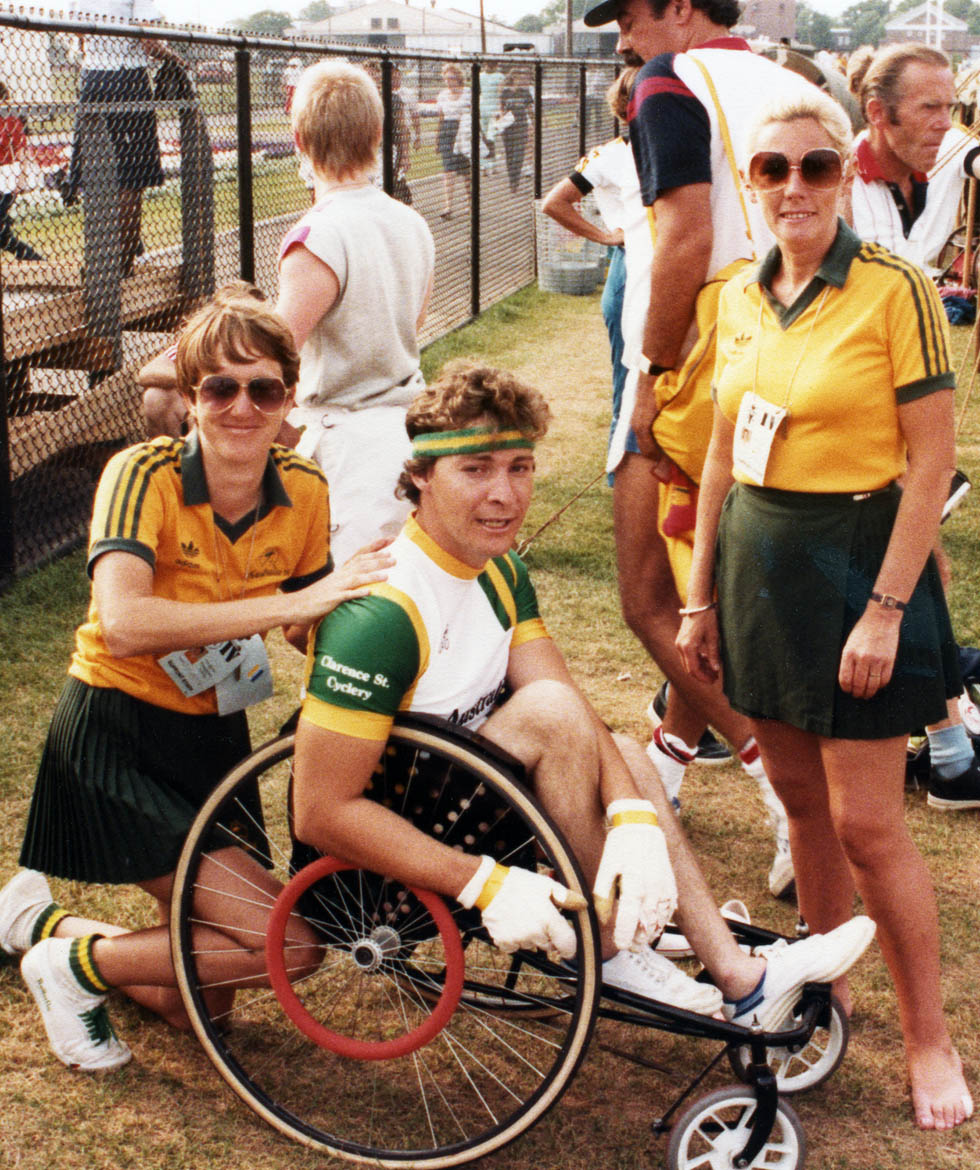 Wheelchair athlete Peter Trotter with physiotherapist Jane Buckley (left) and CP team manager Sue McIntyre (right). Trotter was Australia’s only competitor in the demonstration wheelchair event at the Olympics in LA the following month, the first ever wheelchair event at the Olympics. The trials for the 1984 exhibition event were held in New York during the Paralympic Games and were the only wheelchair events. Anyone wanting to be considered for the exhibition event had qualify in New York, through heats and a final. The 8 fastest and two alternates qualified for the 1500m for men and the 800m for women. Trotter’s shoulder needed treatment and he sought out Buckley, who was in New York with the vision impaired and cerebral palsy teams. As a result, Buckley accompanied Trotter to the Olympics in 1984. At the qualifiers in New York, Trotter came second, behind Pol van Winkel (Belgium). Trotter finished 5th in Los Angeles, where one second separated 2nd and 7th.