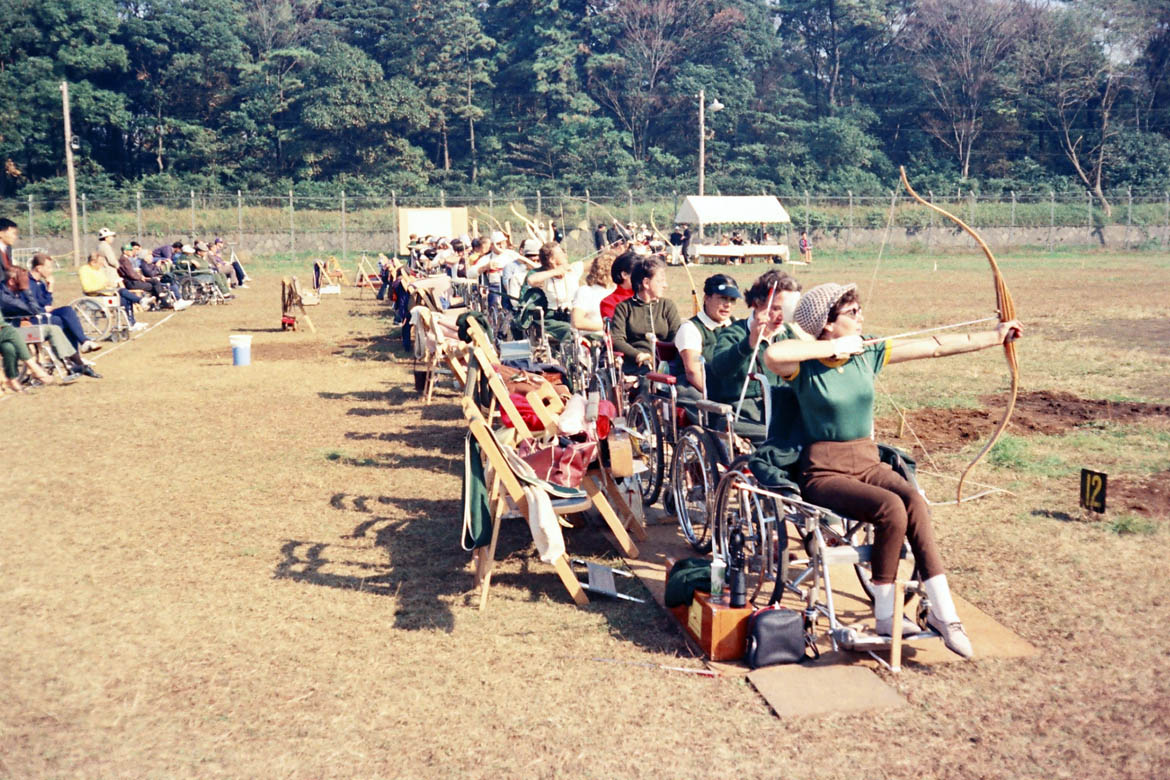 Daphne Ceeney (later Hilton) – closest to camera – prepares to shoot during the archery competition at the 1964 Tokyo Paralympic Games. Ceeney won a bronze medal in the women’s Albion Round open with a score of 538. It was one of 5 medals she won at the Games in four separate sports.