For Chris Scott, plenty of water was the answer 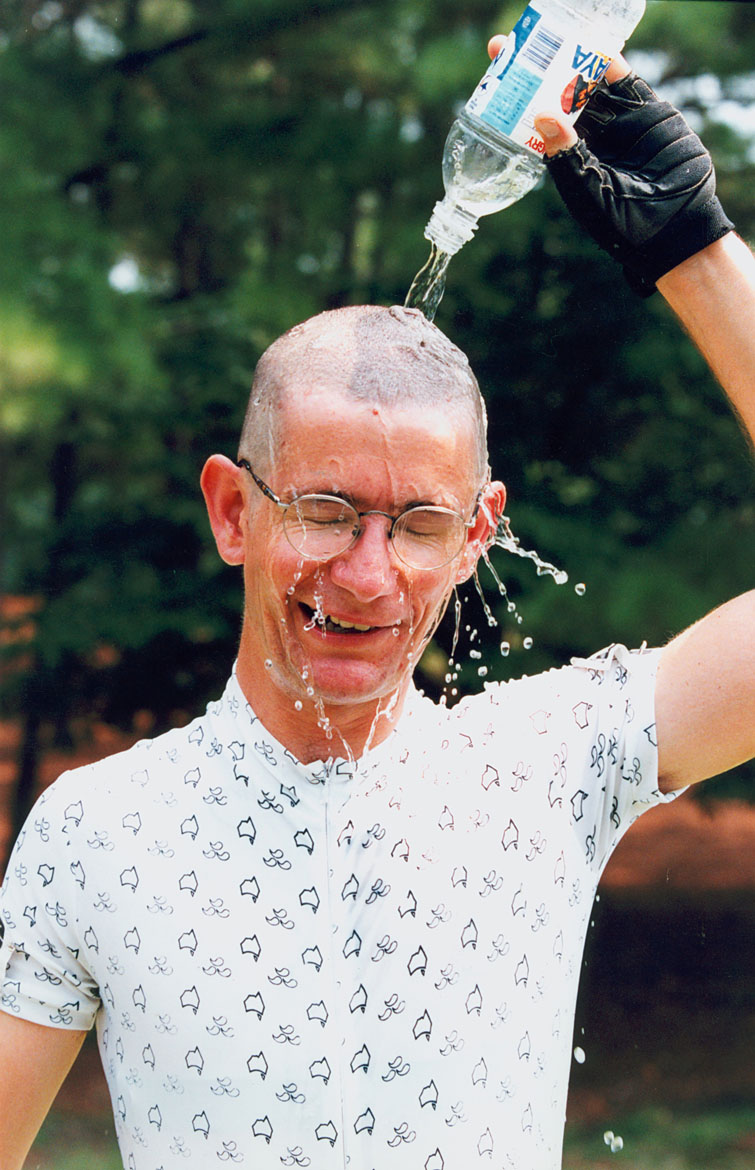 Australian cyclist Chris Scott cools himself down at the 1996 Atlanta Paralympic Games. Scott had competed in football at the 1988 Games and athletics in 1992 but when cycling was introduced for the 1996 Games, he had found the sport at which he would excel. Known even within the able-bodied cycling community as a hard trainer and consummate professional, Scott won one gold and one silver medal in Atlanta, the start of a tally that would finish with 10 Paralympic Games medals, six of them gold, by the time he retired after the 2008 Games.