Get that outta here – Bruce Wallrodt throws the discus for silver 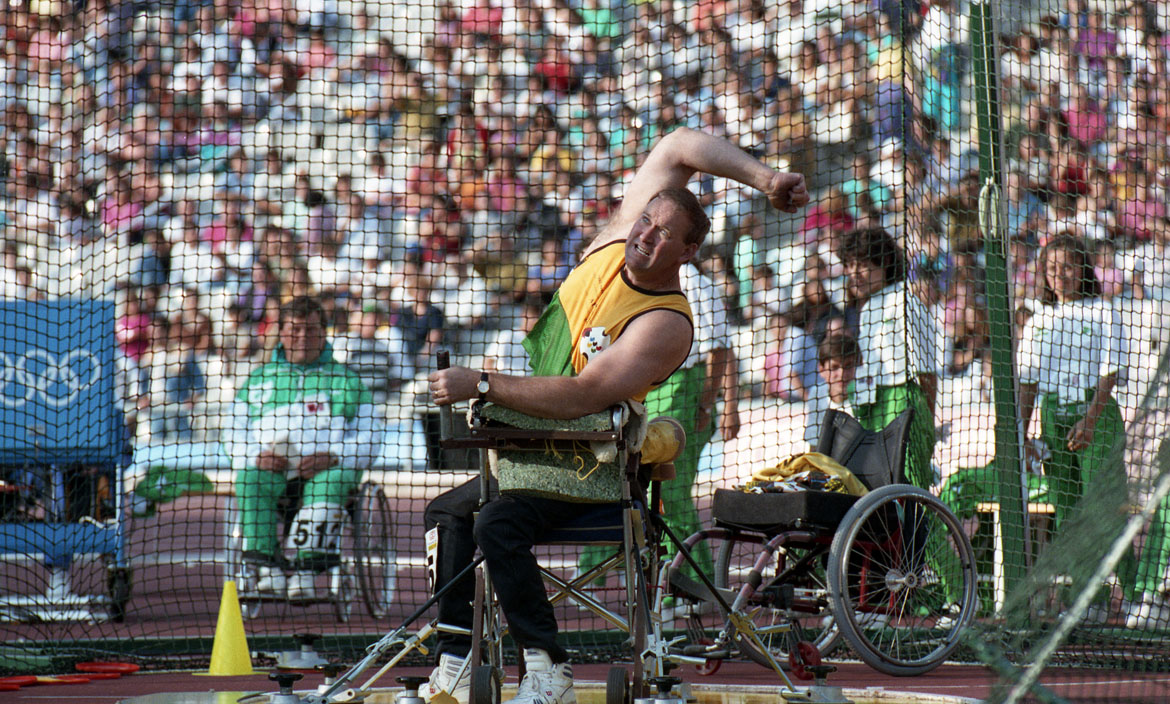 Australian discus thrower Bruce Wallrodt in action at the Barcelona 1992 Paralympic Games. Wallrodt won a silver medal in the Men’s Discus THW4 category to go with a silver medal in the shot put and gold in javelin. Whereas formerly athletes had thrown from wheelchairs, by 1992 specialised ‘throwing frames’ were being introduced. Here, Wallrodt’s throwing frame looks like a slightly flimsy hybrid, compared to the robust platforms that followed.