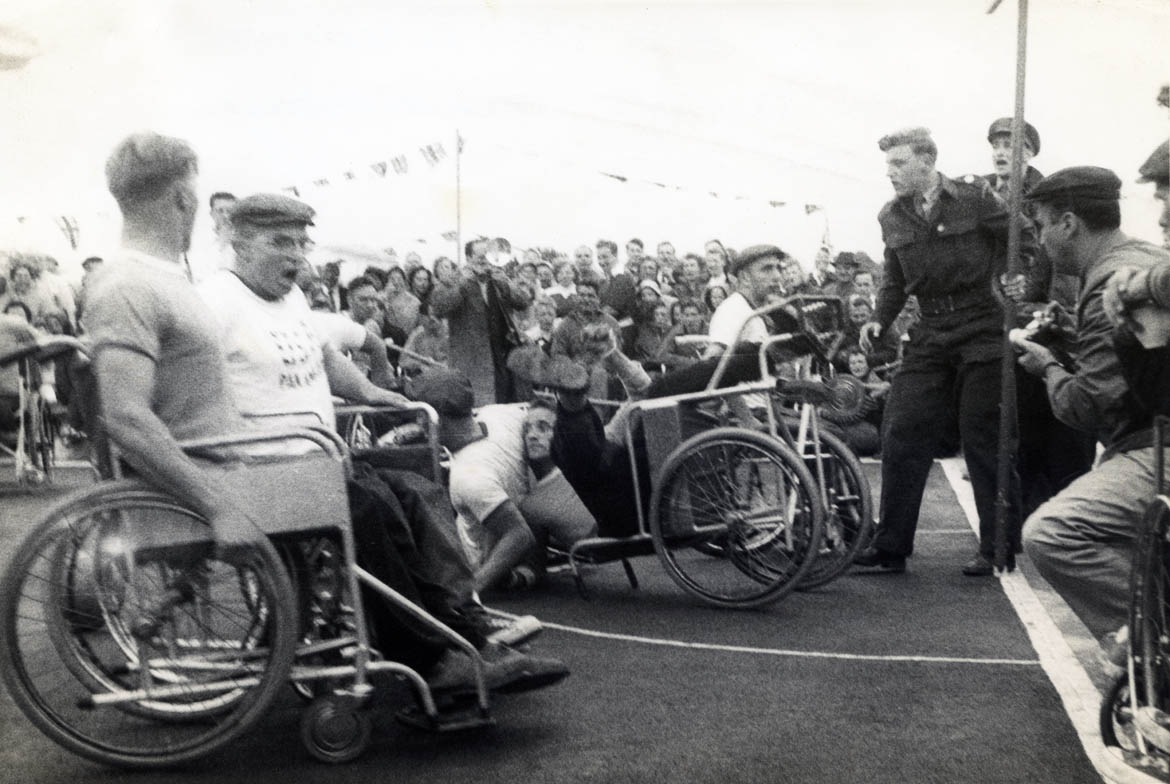 The ‘incomplete lesion’ wheelchair basketball final at the 1957 Stoke Mandeville Games was torrid and controversial. After a rough first half, the Pan Am Jets, representing the USA, led the team from the Netherlands 10-4 into an even more physical second half, when the Netherlands’ coach withdrew his team from the court in protest. After a review, Dr Ludwig Guttmann, who oversaw the Games, disqualified the American team and awarded the gold medal to the Dutch. This photo captures a moment when the passion on the court infected the spectators clustered closely around the sidelines.

Author: Photo donated from the personal collection of Bill Mather-Brown.