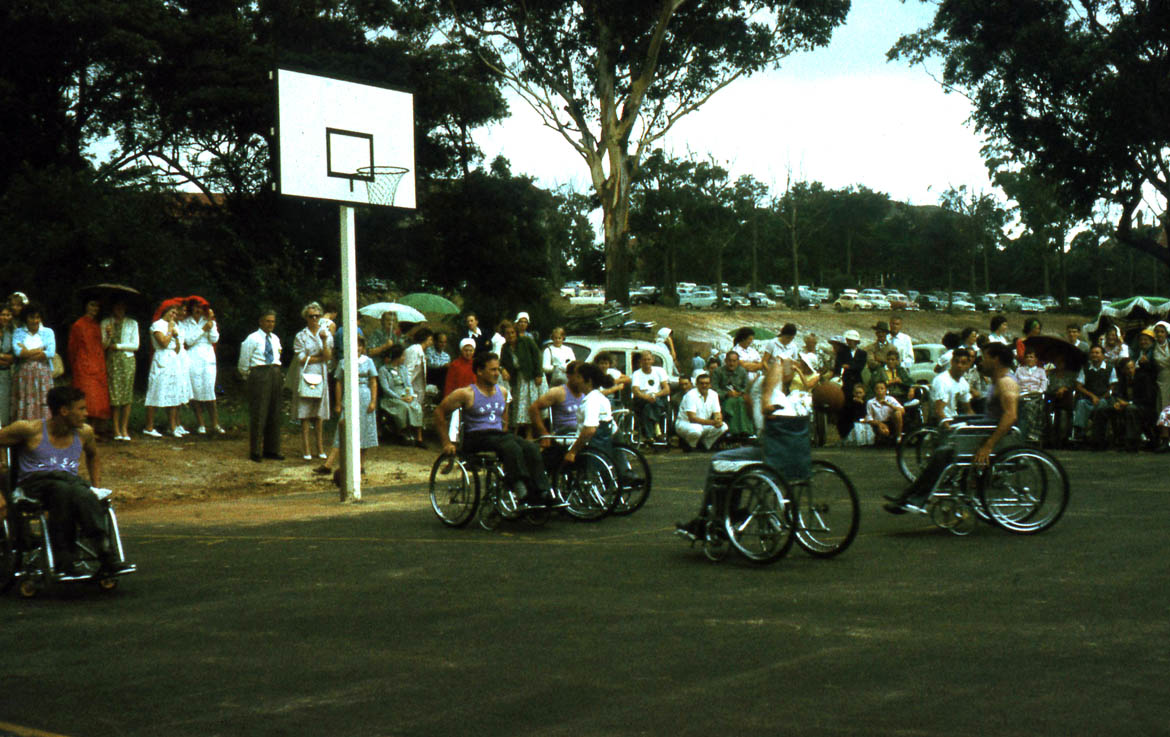 The first Royal North Shore Paraplegic Games concluded with a wheelchair basketball game between teams from the RNSH and the Mount Wilga Rehabilitation Centre. As was often the case, Daphne Ceeney (later Hilton) found herself as the only female player.

Author: Image donated to the Australian Paralympic Committee by the family of Ross Sutton.